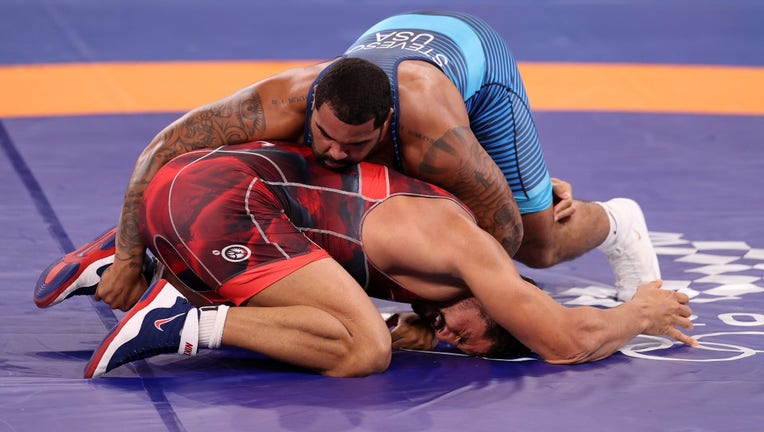 MINNEAPOLIS - University of Minnesota wrestler Gable Steveson is one win away from being an Olympic gold medalist.

Steveson went 3-0 in the 125 kilogram freestyle class Wednesday night and into Thursday morning for Team USA, winning his three matches by a combined 23-0. Steveson started in the round of 16, getting five quick takedowns in a 10-0 win by major decision over Aiaal Lazerev of Kyrgystan in his debut, in less than two minutes.

That win set up a match with Taha Akgul of Turkey, a two-time world champion and the reigning gold medalist. Steveson controlled the match from the start, getting four takedowns in the first two periods for an 8-0 victory.

Early Thursday morning, Steveson faced Lkhagvagerel Munkktur of Mongolia with a trip the gold medal match at stake. Steveson got a pair of takedowns and earned a 5-0 victory. He’ll wrestle for Olympic gold at about 4:15 a.m. Friday local time, where he’ll face Geno Petriashvili of Georgia. Petriashvili is a three-time world champion and earned a Bronze medal at the 2016 Olympics in Rio de Janeiro, Brazil.

"It's crazy that a young cat like me can come in and shock the world so quick," Steveson told Reuters after advancing to the Gold medal match.

Steveson earned a spot on Team USA after winning his weight class at the U.S. Olympic Trials. He’s also coming off winning a Big Ten title, and first national championship, wrestling last year with the Gophers.