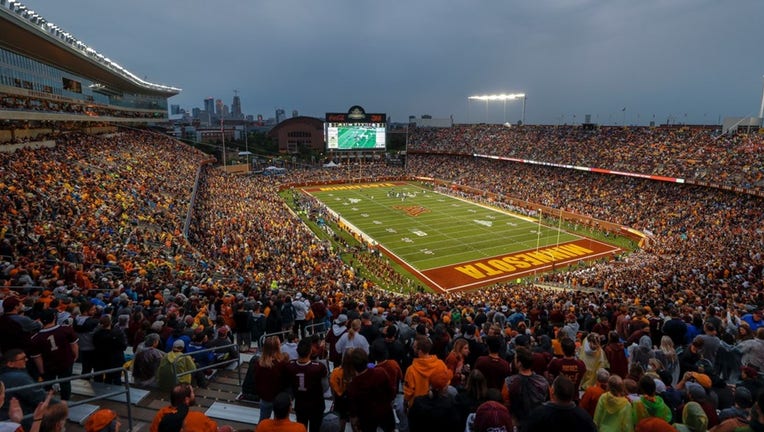 PJ Fleck is entering his sixth season at Minnesota, and now is as good a time as any to win the Big Ten West. The Gophers held three fall camp practices open to the public, one at their home stadium, and had four workouts open to the media.

The Gophers football team held a practice open to fans at Huntington Bank Stadium Thursday night with the season-opener against New Mexico State three weeks away.

Here are five observations from what we saw at those workouts:

Mo Ibrahim and Trey Potts could be the comeback story of the year in the Big Ten. Ibrahim is coming off a torn Achilles less than a full game into 2021. Trey Potts suffered an undisclosed injury at Purdue that required six nights in the hospital before coming home. There were doubts that either of them would play for the Gophers again.

Ibrahim and Potts are back, and both look healthy during fall camp. They are both taking contact, albeit not full tackling. Ibrahim says he’s 100 percent, and Potts looks like who we saw in the first four games last season. The Gophers will need both to build off being the No. 3 rushing offense in the Big Ten last year.

The biggest questions facing the Gophers heading into fall camp were in the trenches. Minnesota lost four starters from the offensive line, and key pieces on the defensive line. They appear set to fill those voids. Throughout the open workouts, the first-team offensive line has been Martes Lewis, Chuck Filiaga, John Michael Schmitz, Axel Ruschmeyer and Aireontae Ersery. Quinn Carroll and JJ Guedet are pushing for starting time.

On defense, the line has consistently been Thomas Rush, Trill Carter, Kyler Baugh and Jalen Logan-Redding. Gage Keys, Jah Joyner and Danny Striggow will push for playing time. It’s been a physical start to camp, with neither side backing down.

BEST SECONDARY IN THE BIG TEN?

It can be argued that the Gophers could be among the best secondary units in the Big Ten before the season starts. Tyler Nubin and Jordan Howden will be among the best safety duos, and Nubin picked off Tanner Morgan and returned it for a touchdown on Monday.

Terell Smith looks like a different player at defensive back, and Justin Walley made a splash as a freshman. Michael "Flip" Dixon can make an impact wherever Joe Rossi puts him. Add in transfers Ryan Stapp and Beanie Bishop, and it’s been a difficult fall camp for all the quarterbacks.

Tanner Morgan said it himself after Monday’s practice – they need to get a lot better before Week 1. Morgan has had his ups and downs during camp, hitting Chris Autman-Bell, Dylan Wright and Michael Brown-Stephens all for completions during team situations. Brevyn Spann-Ford is becoming a security blanket at tight end, and he should get more help when Daniel Jackson gets healthy.

Kirk Ciarrocca is back to push Morgan, but the talented secondary has made life tough for the sixth-year senior.

If the offensive line can protect Morgan, the sky is the limit for the passing offense with Ciarrocca running the show. The top five wide receivers are all back, led by Autman-Bell and Wright. Coaches and teammates have raved about Wright’s athleticism and improved route running. Brown-Stephens said Monday he wants to be First-Team All-Big Ten at the end of the season.

The season opens under the lights at Huntington Bank Stadium at 8 p.m. on Thursday, Sept. 1. The ultimate reality is that with the first three games against New Mexico State, Western Illinois and Colorado, we’ll know a lot more about the Gophers after Week 4, their Big Ten opener at Michigan State.