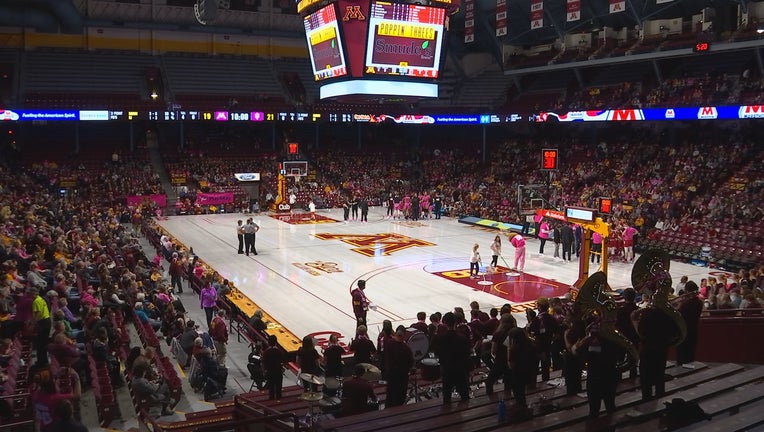 MINNEAPOLIS - The University of Minnesota men’s basketball team will have at least 25 of its 2021-22 regular season games televised, the team announced on Tuesday.

The Gophers, in the first year under Ben Johnson, will have 18 games on Big Ten Network, with the other seven split between Fox, Fox Sports 1 and ESPN. Minnesota opens the season on Monday, Nov. 1, with an exhibition against Concordia-St. Paul that can be seen on BTN Plus, the Big Ten’s streaming service.

The Gophers’ regular season opener, Nov. 9 against Kansas City, can also be seen on BTN Plus. Minnesota’s first game on actual TV is slated for Nov. 12 against Western Kentucky on the ESPN Networks, part of the Asheville Championship.

Minnesota will make its Big Ten Network debut against Jacksonville on Nov. 24.  The Gophers face Pittsburgh on Nov. 30 in the Big Ten/ACC Challenge, a game that will air on the ESPN Networks. Minnesota’s Dec. 11 game at Michigan, and Jan. 19 game at Indiana will both air on Fox Sports 1.

The Gophers have home games against Ohio State Jan. 27, and Indiana on Feb. 27, that will both air on ESPN2. The Big Ten Network will also broadcast the first 10 games of the Big Ten Tournament.

Johnson, a former Gophers' guard and DeLaSalle standout, is in his inaugural season as Minnesota's head coach after replacing Richard Pitino, who finished 14-15 last season. The Gophers' 2021-22 roster features as many as 10 new players.