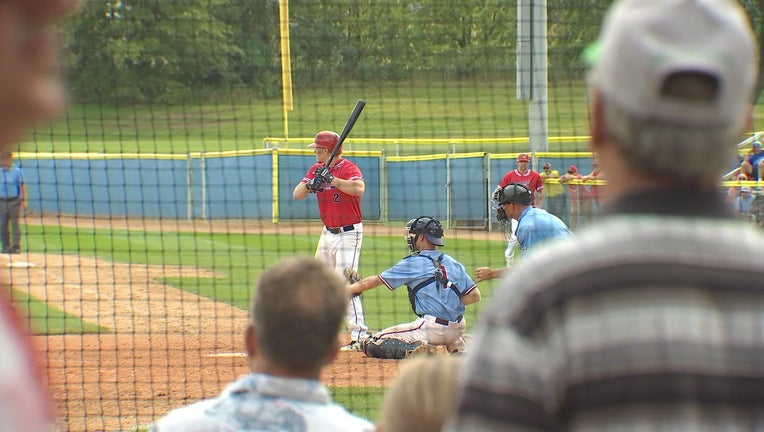 MINNEAPOLIS - Summer nights in Minnesota are filled with amateur baseball, but it wasn’t just another night west of the Twin Cities in Loretto on Wednesday.

The Loretto Larks hosted the Montrose/Waverly Stingers in North Star League play, and a former Minnesota Twins’ infielder had a big impact on a 10-0 win for the Larks. Corey Koskie hit a two-run homer to right, and got to play with both of his sons in the lineup. The team posted a video of the shot on social media Wednesday night.

Here's another angle of the blast.

Koskie played nine seasons in Major League Baseball between the Twins, Toronto Blue Jays and Milwaukee Brewers before having to retire after the 2006 season due to issues with concussions. Koskie played seven seasons with the Twins, mostly at third base, and hit .280 with 101 homers, 13 triples, 233 doubles and 506 RBI over 816 career games with Minnesota.

The Fox 9 Town Ball Tour took a one-week break due to the Fourth of July holiday, but we’re back on July 14 at Parade Stadium in Minneapolis. The summer celebration of amateur baseball has made stops this year in Waconia, Buffalo, Delano, St. Patrick and Sartell. After Minneapolis, the tour will finish in Faribault.