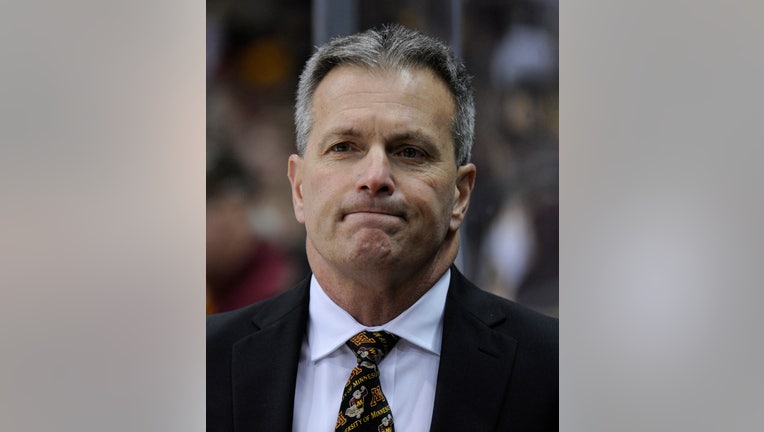 MINNEAPOLIS - After 31 seasons as a college head coach and a pair of national championships, former University of Minnesota hockey coach Don Lucia is taking over the Central Collegiate Hockey Association.

The league announced Wednesday Lucia has been named the commissioner, starting in the 2021-22 season. Lucia has 736 career wins as a college hockey coach, including a 457-247-73 mark over 19 seasons with the Gophers. Lucia led Minnesota to five Frozen Four appearances, and national championships in 2002 and 2003.

“I’m really looking forward to the challenge. The game has been very good to me over the years and to me, I looked at it as a way to give back to the game,” Lucia told reporters via conference call on Wednesday. “An old mentor of mine, Mike Sertich, always said we have to take care of the game. That’s one of my goals is to help take care of the game of college hockey in these unique times. I think there’s big things to come for the CCHA and college hockey in the future.”

Lucia stepped down as Gophers head coach on March 20, 2018, and served as a special assistant to Athletic Director Mark Coyle through June 30, 2019.

"College hockey is better with Don Lucia in it, and I think this is a great hire for the CCHA. Don has seen it all in his career, and the knowledge and experience he brings to the league is going to be a big asset as they get up and running," Gopher Hockey head coach Bob Motzko, who won two NCAA titles as an assistant under Lucia, said in a statement. "I'm thrilled for him as a friend, and I'm thrilled that college hockey will continue to grow and benefit from his leadership."