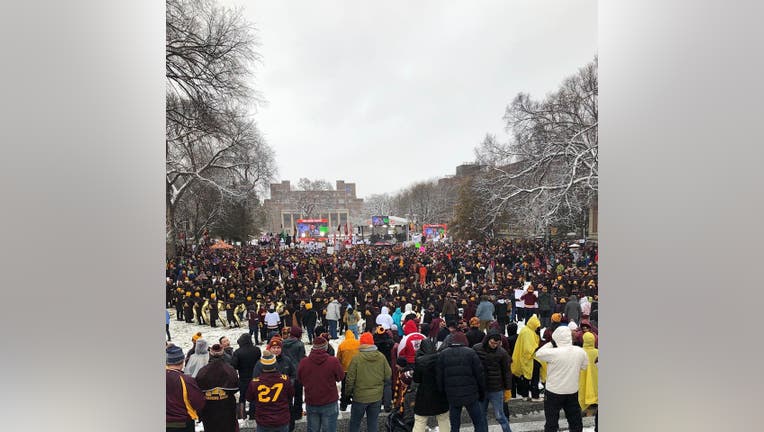 Fans flock to the University of Minnesota campus for College GameDay ahead of the Gopher-Badger game at TCF Bank Stadium. (Minnesota Gophers)

MINNEAPOLIS (FOX 9) - The Minnesota Gophers will welcome in the delayed start to the football season on a big stage next weekend.

Next Saturday, ESPN's popular college football pregame show, College GameDay, will travel to Minnesota ahead of the Gophers primetime contest versus the Michigan Wolverines.

The program will air starting at 8 a.m. inside the stadium. However, fans will not be allowed to attend the show or set.

Next Saturday is the start of the Big Ten season after a delayed kickoff due to the pandemic. The Gophers will play an eight-game regular season against conference rivals.