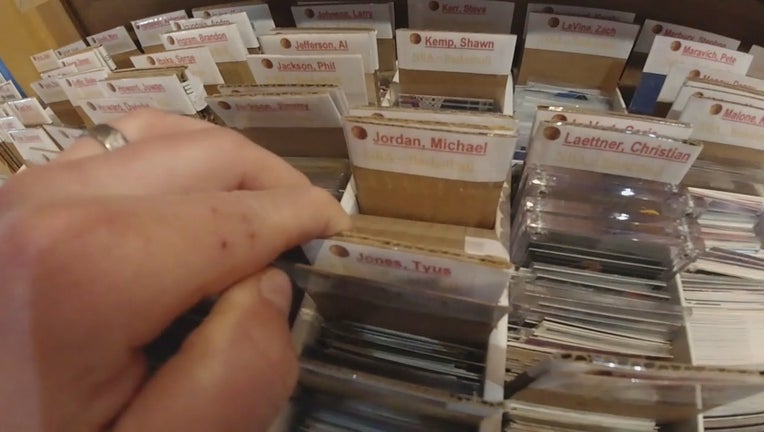 Amid the pandemic and following the release of "The Last Dance," Michael Jordan memorabilia has been a hot seller. (FOX 9)

(FOX 9) - All of the sports world’s attention lately has been on one of the all-time greats after Michael Jordan jumped back into the spotlight with the release of his docuseries. “The Last Dance” is becoming the start of a slam dunk for local small businesses in the Twin Cities metro area.

From fashion to furnishings for your wall, everything with Michael Jordan is in high demand. Though, Jordan is not the only athlete in rare air.

Absolute Sports Cards in Savage is grabbing this bull by the horns. The small shop is seeing quite a surge in demand for Jordan.

"Immediately, we saw everything that we had listed sell," said Absolute Sports Cards co-owner Clint Wolcyn. "As fast as we can bring it in, it’s going out."

"Michael Jordan is the most coveted athlete in the hobby as a whole I would say," Wolcyn added.

While some want a piece of history, others want to truly be "Like Mike."

"You just feel better when you put on a fresh pair of J’s and lace them up," said Moh Habib, owner of Studiiyo 23 in Uptown. "There’s a confidence factor that it gives you, whether you know it or not."

His shop has an emphasis on Jordan merchandise, which has been hard to keep in stock.

"Our weekend releases, we’ve sold out in a couple of minutes online," Habib said. “We haven’t had a problem selling out of the most coveted products. However, now we’re seeing people who aren’t usually into the Jordan product, now they are."

Habib’s shop in some ways also saved by the Jordan documentary.

"Because of COVID-19, we’ve been closed," Habib said of his store. "Things slowed down to a halt in March and April, it was pretty drastic. It’s good to see that little glimmer of hope brought on by a documentary." 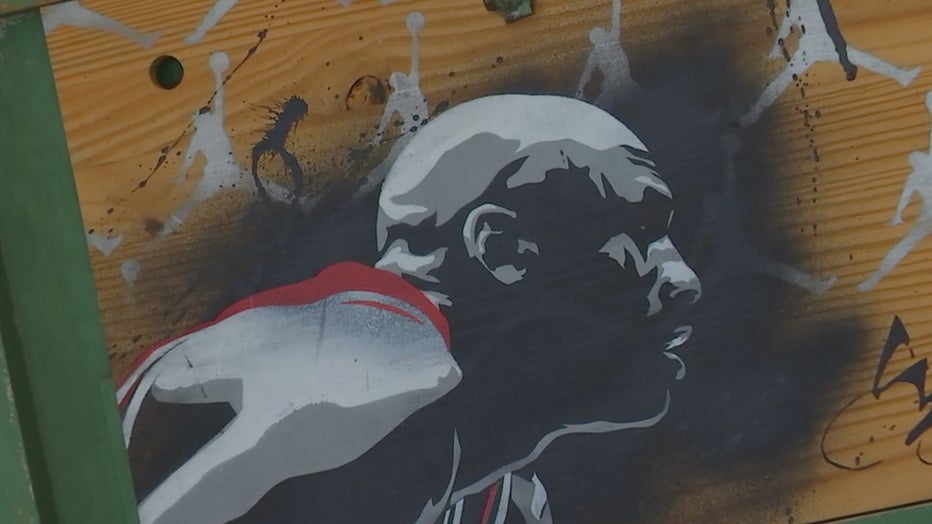 Amid the pandemic and following the release of "The Last Dance," Michael Jordan memorabilia has been a hot seller.

From fashion to furnishings for your wall, everything with Michael Jordan is in high demand. Though, “Your Airness” is not the only athlete in rare air.

"Business has exploded," Wolcyn said. "I never dreamt that we’d experience what we have."

Jordan is in the front seat, but he’s not the only thing driving this sports commodity industry.

"I’ve seen so many new people come into the store that have never been in the hobby," Hanson said. "They’ve told me that."

The month of May will be one of the absolute best months Absolute Sports Cards has ever seen since opening more than four years ago. The shop is on pace to double their all-time best for sales dollars in a month.

"We’ve seen a massive increase in the hobby of sports cards and sports memorabilia," Wolcyn said. "Especially during this time of not having live sports."

"A lot of people that collected cards when they were younger are coming to that age where their kids are getting involved in cards," Wolcyn added. "It’s starting to boom and then you have that perfect storm during this time."

Online business is big for collectables right now on their websites and marketplace sites like eBay. The same goes for Habib with sneakers. His boutique is set to open on June 1, but for now it’s a ‘round-the-clock operation.

"It’s retail therapy," Habib said. "There were times in April when I found myself on those websites at night."

Shoes and sports cards are on each side of the sports commodity spectrum, but both stand on some form of common ground.

“People don’t blink an eye at someone spending $100 million on a Picasso," Wolcyn said. “I’m not a big art fan, but I’d love to have a signed Paul Molitor jersey on the wall. That to me is art."

"One of our mantras is that art is everywhere,” Habib said. "Art is something that I feel is underappreciated."

It's a world open to others appreciate, while those items hopefully do the same.

"A lot of people have gone to their attic and found their cards and called us to say that they’re thinking about selling," Wolcyn said. "There are a lot of people realizing that this is a legitimate asset."