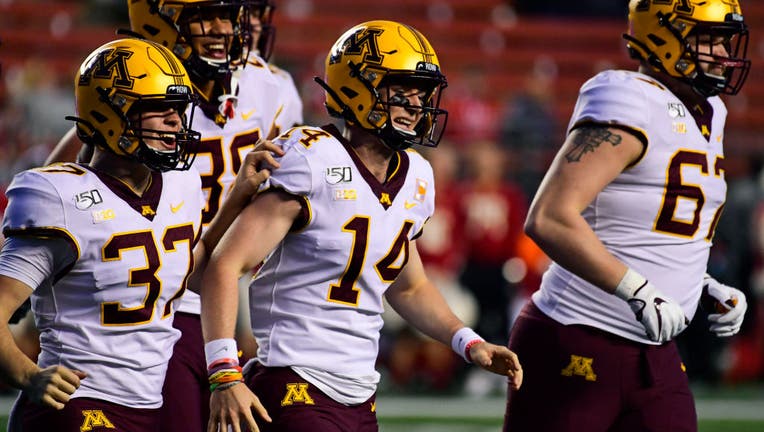 PISCATAWAY, NJ - OCTOBER 19: Casey O'Brien #14 of the Minnesota Golden Gophers, a four-time cancer survivor, is lauded for his efforts as holder during the fourth quarter at SHI Stadium on October 19, 2019 in Piscataway, New Jersey. Minnesota defeate ( Corey Perrine/Getty Images )

Saturday was O'Brien's debut with the Gophers. The redshirt sophomore held three successful extra points to help Minnesota improve to 7-0 on the season.

In the third quarter, following an extra point, O’Brien ran off the field and hugged Coach P.J. Fleck, who was seen afterwards wiping tears from his face as he walked away.

Casey O'Brien was the holder for a play, bringing his coach to tears on the sideline of the team's game against Rutgers.

O’Brien is the sixth Gopher the conference has recognized this year.