(FOX 9) - Tears flowed Saturday as four-time cancer survivor Casey O'Brien stepped onto the field for the first time for the Gophers, holding kicks for the team as they got a win.

O'Brien held three successful extra points during Saturday's game as the University of Minnesota rolled over Rutgers, 42-7. The appearance came after O'Brien has overcome so much, and started his sophomore year with the Gophers after walking onto the team.

For O'Brien, even something as simple as holding kicks for his team was special.

"So many ups and downs, and nights in the hospital, and stuff like that have gone into this moment," he explained. "This is what I dreamed about and tonight it got to come through."

The heartwarming moment got even more special after O'Brien ran off the field in the third quarter following an extra point, and hugged Coach P.J. Fleck. The moment was captured on camera by the Big Ten network. After the hug, Fleck walked away, wiping tears from his face.

"It was a special moment with Coach Fleck," O'Brien added. "There's one coach in the country that took a chance and gave me a spot to walk on. I just thanked him and just wanted to tell him he means the world to me. I'll always look up to him.

O'Brien advice to others battling through cancer or other struggles was simple: "Don't give up. Don't give up because you can make it happen." 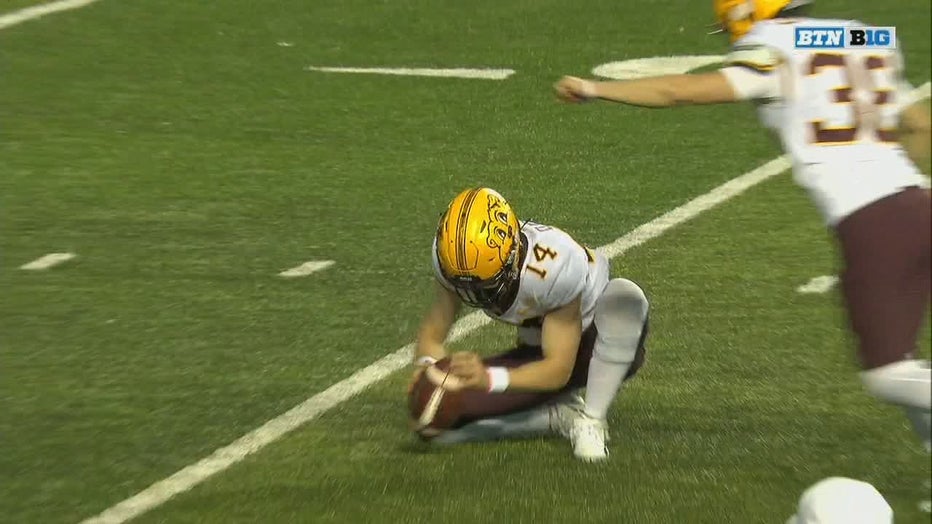 After the game, Coach Fleck reflected on the heartwarming moment for the Gophers.