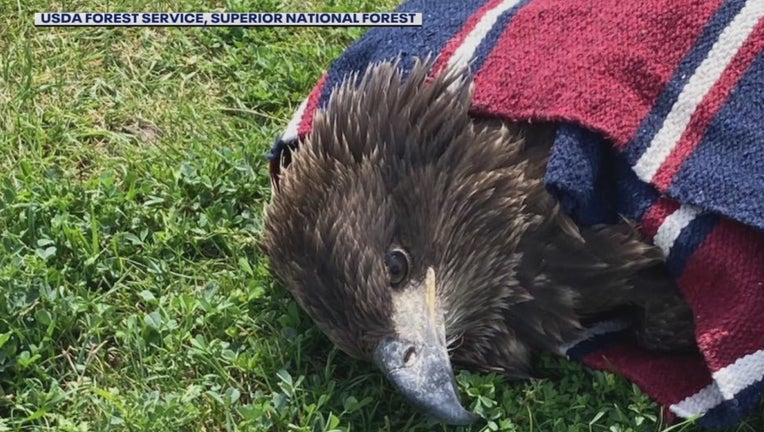 LUTSEN, Minn. (FOX 9) - Wildlife officials captured a young bald eagle after it attacked a woman just outside the Cascade Lodge and Restaurant in Lutsen, Minnesota.

Video of the attack Thursday showed the young eagle clawing at a woman alongside Highway 61. Bernie Banks, the head kitchen manager of the lodge, ran to help the woman. By covering the bird with his chef's jacket, she was able to get away. The woman suffered some scrapes through her jeans. 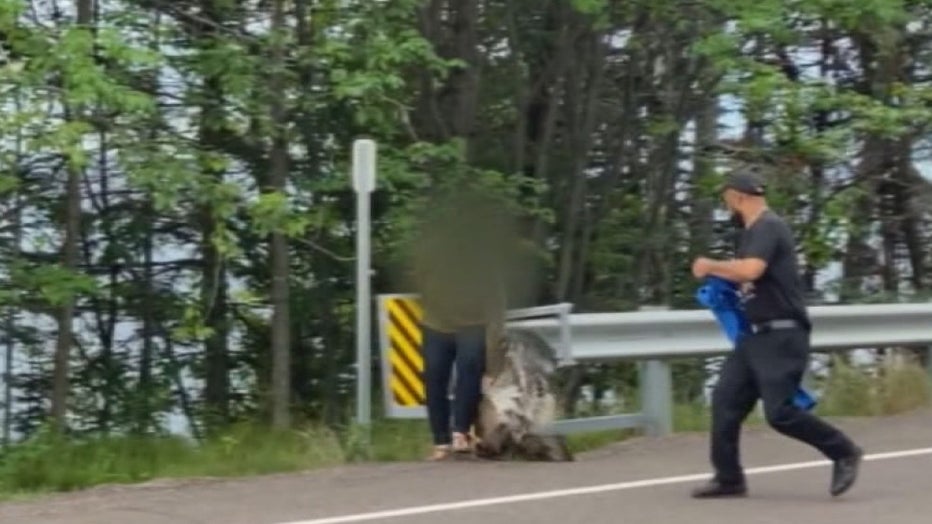 “It was terrifying. I’m just thankful it was a young bird and not a full grown bird because it was huge and strong. It was something else,” Banks told FOX 21, FOX 9's sister station in Duluth.

Authorities responded to the area following the attack. While the eagle refused to leave at first and even perched on the squad vehicles, it eventually flew off. Friday, trained staff from Superior National Forest returned to the area and captured the eagle, according to a spokeswoman with the U.S. Forest Service. The bird is getting treatment at Wildwoods Wildlife Rehabilitation in Duluth.

A raptor expert from the Raptor Center believes the young eagle may have been previously fed by people and was hungry or that it may be an imprinted bird, which means it was raised by someone and thinks it is a human. 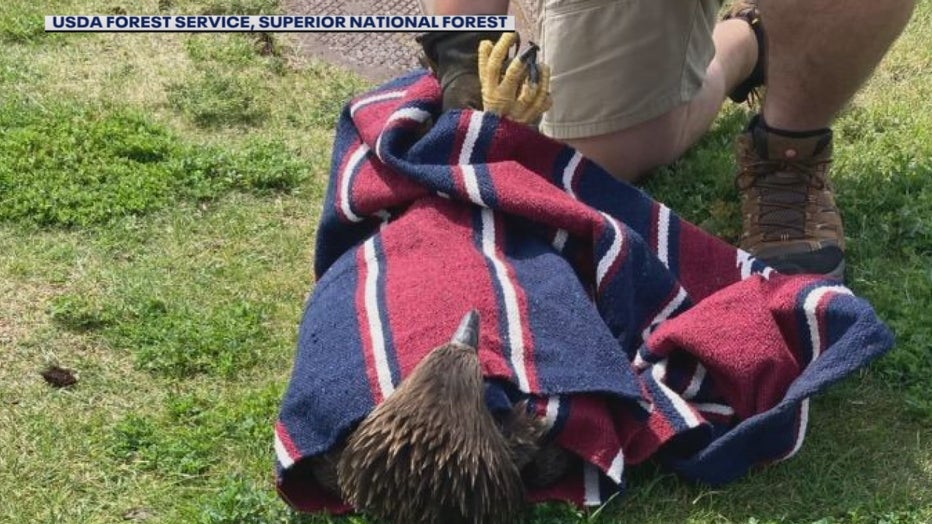