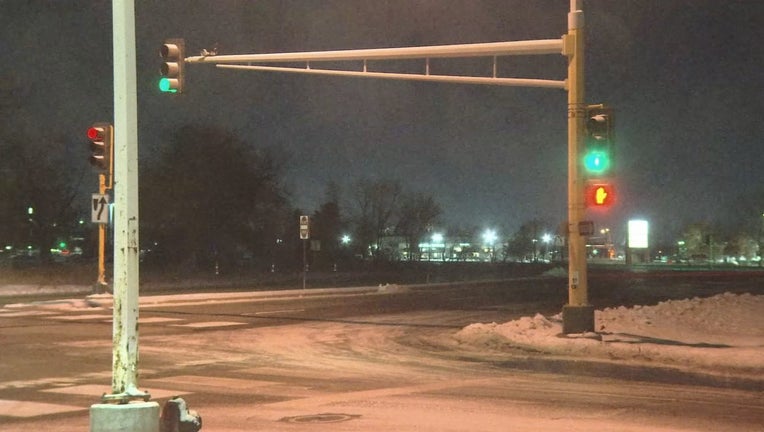 A woman was hit and killed by a vehicle at the intersection of Highway 47 and University Avenue in Coon Rapids on Thursday, Nov. 12.

COON RAPIDS, Minn. (FOX 9) - A woman was hit and killed by a vehicle in Coon Rapids, Minnesota Thursday night.

According to the Anoka County Sheriff’s Office, at 10:10 p.m., law enforcement and medics responded to Highway 47 and University Avenue where a pedestrian had been hit by a vehicle.

The sheriff’s office says it appears a woman was crossing the street when she was hit by a vehicle driven by a 49-year-old Anoka man traveling north on Hwy. 47.