Minnesotans embracing the first snowfall over the weekend

NORTH BRANCH, Minn. (FOX 9) - Overnight in some communities north of the Twin Cities, homeowners were coated with more than three inches of snow Saturday night. While three inches of snow isn’t anything Minnesotans can’t handle, there’s no denying that each year the first snowfall is special.

"I think it puts you in a different mind frame," Scott Nugent said.

Only three weeks ago, Nugent relocated to North Branch from San Antonio, Texas.

"We wanted the four seasons and you know we’re getting it," Nugent said.

In fact, Nugent has gotten a taste of two seasons in less than 24 hours.

"Believe it or not, I mowed my grass yesterday and raked leaves all day long," Nugent said. "Right when I was finishing mowing, the snow started coming down." 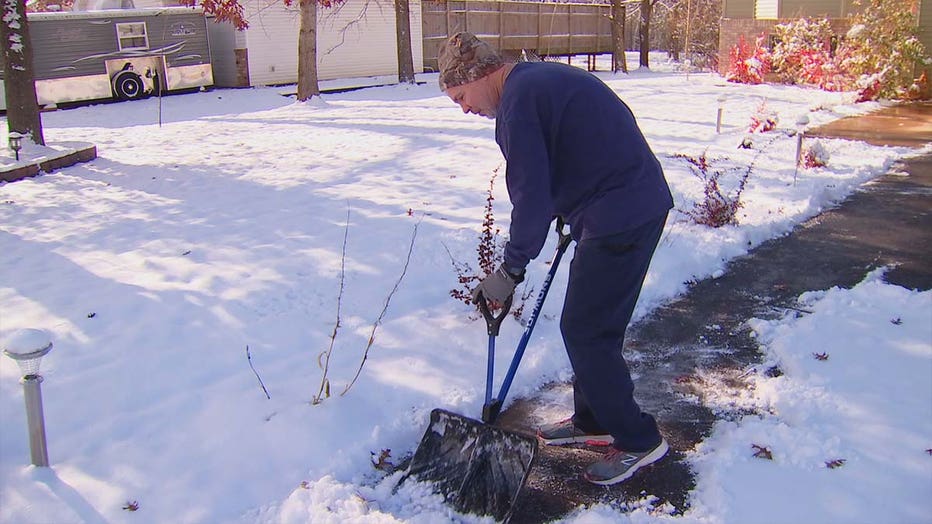 Scott Nugent is getting his first taste of Minnesota winter weather after recently moving from Texas. (FOX 9)

He bought a shovel for his new home on Friday, and the investment is already paying off less than a day later. 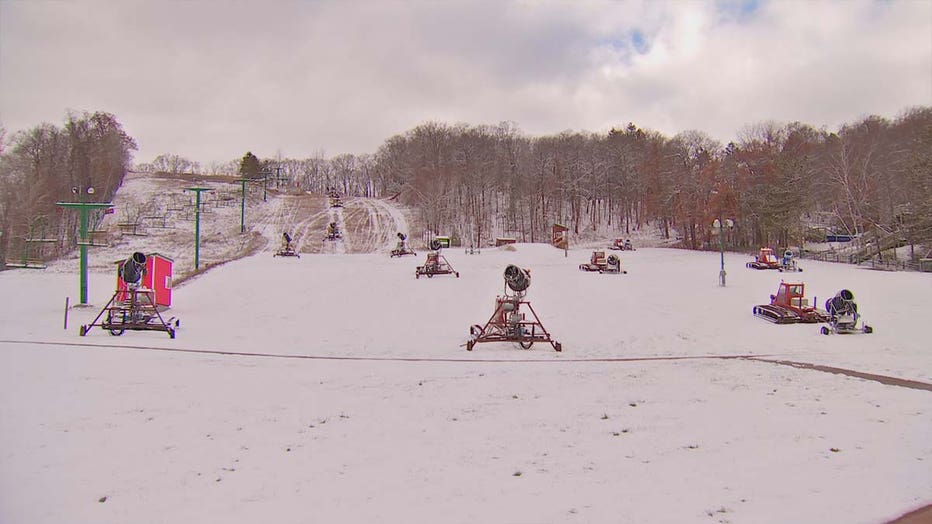 Before the weekend, Wild Mountain's hills were bare.

"We would’ve probably needed over a foot of snow [to open]," Grote explained.

Now they are a quarter of the way there, and planning to make more snow Sunday night. This time a year ago they were already welcoming crowds by mid-October, but this year their gates have yet to open.

"It all just depends, you let Mother Nature take her course," Grote said. "Especially if we were to open, the amount of people that would be here, there wouldn’t be any snow left after about 25 minutes."