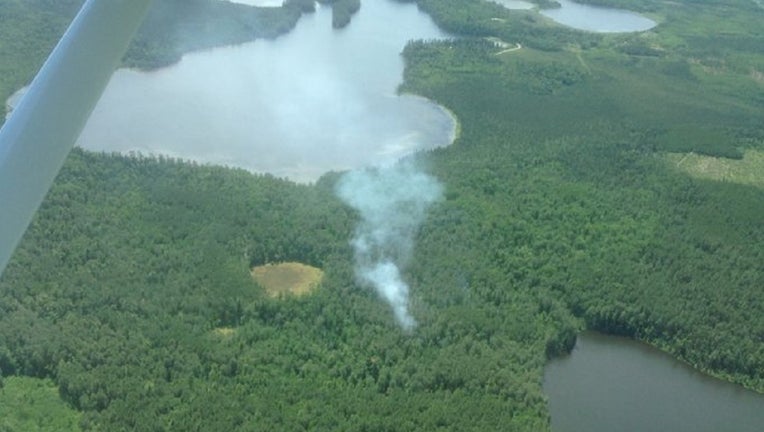 A wildfire burning in extremely dry conditions in northern Minnesota has been contained, the DNR reports. (Supplied)

BIG FORK, Minn. (FOX 9) - A wildfire burning at Scenic State Park in northern Minnesota has been contained, the Minnesota Department of Natural Resources announced on Friday.

Fire crews worked through the night and day to stop the spread of the fire burning about 3 miles southeast of Big Fork, Minnesota. The DNR first reported the fire Thursday night, saying it spanned about 10 acres at that point and the cause had not yet been determined.

Amid dry conditions statewide, a Fire Weather Watch will be in place Friday for much of Minnesota, according to the Minnesota Department of Natural Resources.

The park remained open despite the fire, but the two hike-in backcountry campsites on Pine Lake had been closed due to proximity to the flames. Chase Point and Lodge campgrounds remain open. Stricter burning restrictions will be in effect for Itasca County starting early Friday morning.

As dry weather continues across the state, concerns over wildfires are at a high. A Red Flag Warning is in effect for multiple counties spanning Minnesota for the remainder of the evening.