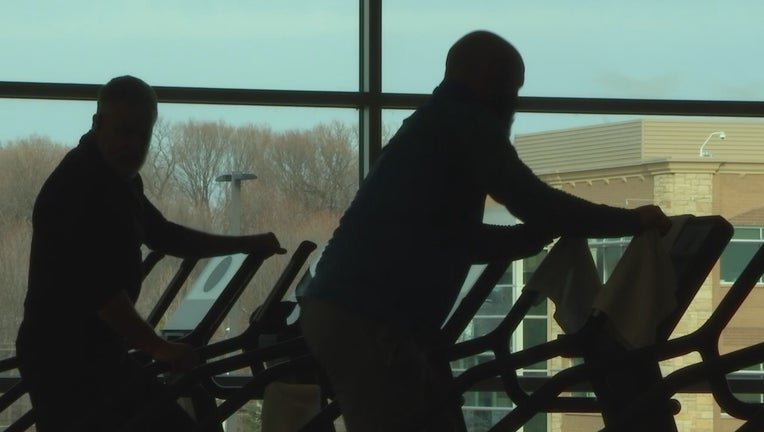 Two people exercise on fitness equipment at a gym.

(FOX 9) - Many industries are pushing back on the governor's restrictions, saying their businesses are safe and they have the numbers to prove it, but some of those numbers may not be accurate.

Citing numbers provided by the state, the CEO of Life Time Fitness stood outside the Chanhassen headquarters Wednesday, saying gyms and fitness centers are being unfairly targeted with the latest COVID-19 shutdowns.

Why data regarding outbreaks in social settings may be misleading

Many industries are pushing back on the governor's restrictions, saying their businesses are safe and they have the numbers to prove it, but some of those numbers may not be accurate.

"The clubs are amongst the lowest places that are spreading this virus," Akradi said. 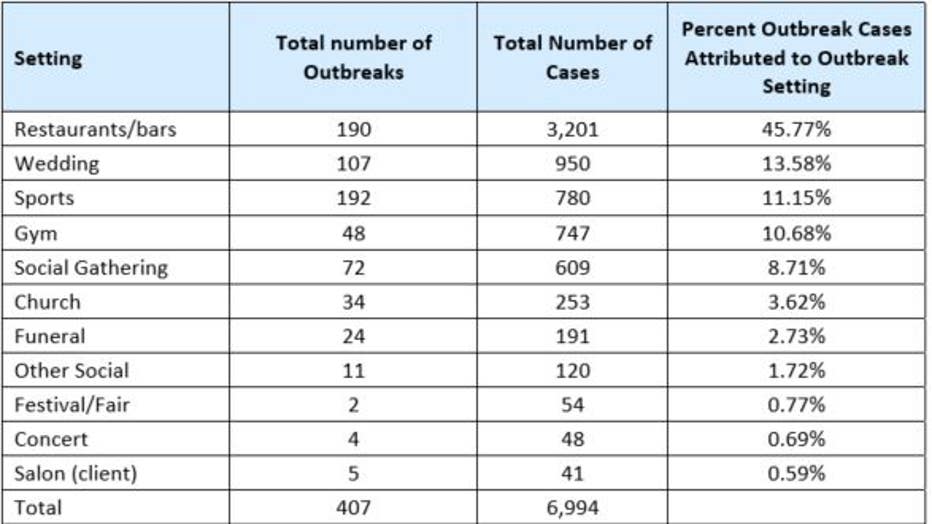 A chart detailing the percent of COVID-19 outbreaks by social setting in Minnesota. (Minnesota Dept. of Health)

Minnesota Department of Health data as of Nov. 16 shows the latest counts for outbreaks statewide. Below are the top five social settings in regards to outbreaks and cases:

Those numbers though are flawed, which the governor openly admits.

"While it appears that it’s a very tiny number, it’s not a tiny number and it’s had an impact on how much of this spread," said Walz.

Health officials say it’s hard to get accurate numbers for various reasons. Positive patients have a reluctance to share where they have been. The data only reflects primary cases and doesn’t include secondary cases. Also, with many patients visiting more than one establishment, it’s impossible to know the true source.

On top of those factors, community spread is out of control with plenty of people, who will never even know they have it.

"We have to take these estimates and then from there apply our own common sense," said Manjeet Rege, a data analytics professor at the University of St. Thomas.

Rege says while intentions are good, it’s misleading to present the numbers at these establishments as a percentage of total positive cases, making the impact look much smaller than it probably is.

Life Time Fitness told FOX 9 on Thursday that the chain has had over 3 million visits to Minnesota clubs since reopening in June. Since then, there have only been 352 cases among clients and staff, a rate of .0001 percent - a rate they stand behind.

"This is just unfair and unjust approach in solving a problem that is real," said Akradi.