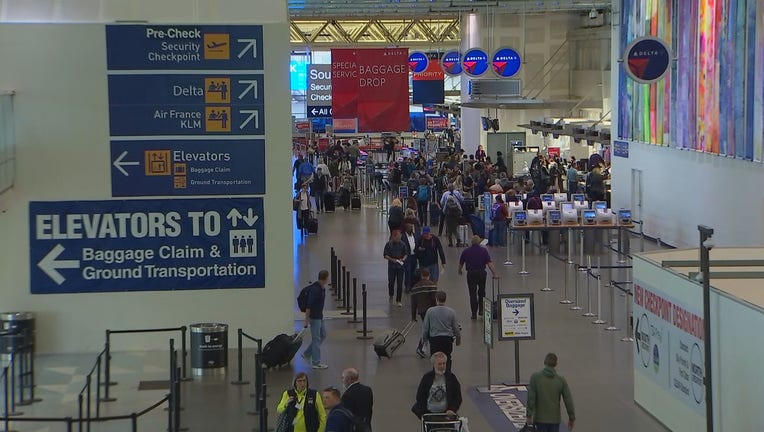 EAGAN, Minn. (FOX 9) - It’s a big weekend for thousands of Minnesota families who are celebrating MEA break, but for some, it could be their last.

It’s a time to get a way over the four-day weekend for anyone who has school-aged kids. MEA has become a tradition for a lot of Minnesotans, but one Twin Cities area metro school district has decided the time off is not worth it.

Dwindling attendance is part of the reason District 196, covering Eagan, Rosemount and Apple Valley, decided this year will be its last MEA break.

When District 196 set the calendar last year, they heard from plenty of people both for and against the break from tradition.

Thursday, organizers of the MEA conference say they are not concerned about other districts following suit.

“I think people should be taking advantage of it,” said Katie Lillis. “I thought it was worthy enough to drive four and a half hours.”

As a first year second grade teacher in Fergus Falls, Lillis is eager to soak up as much professional development during the Minnesota Educators Academy as she can. She also defends the teachers opting to skip it and do something else with their annual October break from students.

“This is also a positive time to be refreshed and take a step back from our everyday work lives,” she said. “We are not just in the classroom from 8-3, we are there way beyond.”

This year, Education Minnesota condensed the annual conference to just one longer day. It’s now also limited to union members, unlike the past when home schoolers, teachers at charter schools and anyone from the public could attend.

“We can no longer afford to do that and educate every person,” said Denis Specht, the president of Education Minnesota. “But, what we can do is make sure our members are the best educators they can be. So, what used to take us a day and a half now only takes us a day.”

Over 2,000 teachers are expected to attend this year after seeing similar attendance last year. But, total union membership is closer to 90,000. Speck points out many districts also host their own education opportunities which just like MEA include licensure requirements.

“Our members are asking for training all of the time,” Specht said. “We want this. We need this.”

District 196 doesn’t see it that way. A district spokesperson says “uncertainty” about the future of the conference lead a calendar committee to keep students in the classroom during MEA next October and opt for an extra day off at holiday break and a day shorter school year instead.

“We are committed to strong professional development and we are going to keep offering this conference no matter what,” Specht said.

Other school districts told FOX 9 their future calendars do include the two-day breaks for MEA.