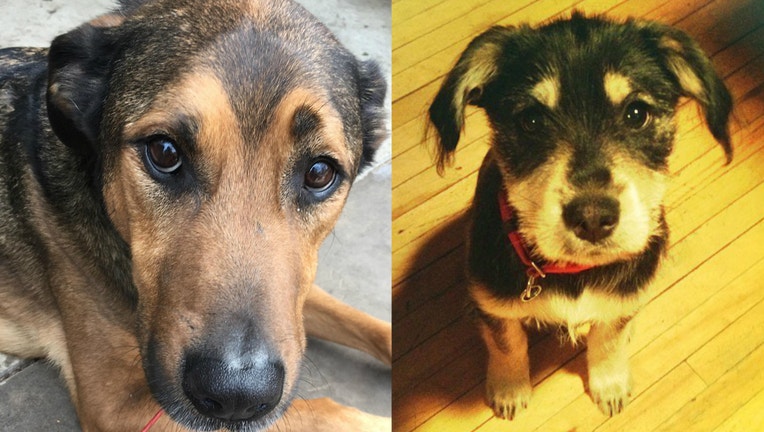 Jasper (left) and Simba (right) died after they were left in a hot vehicle at The Urban Dog. (The Rozin Family)

ST. LOUIS PARK, Minn. (FOX 9) - For Michael Rozin, his dog Simba and his in-laws' dog, Jasper, were like members of the family.

Now the scrappy terrier mix, who survived a car crash when he was a pup and grew up to run a half marathon with his papa, and the goofy, but sweet lab-Belgian Malinois mix have been taken too soon.

2 dogs die after Minnesota doggie daycare leaves them in vehicle

For Michael Rozin, his dog Simba and his in-laws' dog, Jasper, were like members of the family.

Rozin says the two canines were picked up from their house on Thursday by their doggie daycare, The Urban Dog, which is located in St. Louis Park. The pair of pooches were supposed to be returned that evening. Cathy Menard, the owner of The Urban Dog, instead showed up without the animals and told the Rozins and their in-laws their beloved pets had died in her care.

"I don't know what happened,” said Menard. “I don't have an answer. I had a horrible, horrible human moment."

Menard says she picked up a total of six dogs in her truck and brought them to her boarding facility. She says she took four of the dogs inside, but got distracted and forgot Simba and Jasper in the truck. At least two hours later, she returned outside and found them dead from being left in the hot vehicle.

Even though Menard took care of Jasper and Simba all of their lives, Rozin says he feels Menard shouldn't be looking after anyone's dogs anymore.

"We have broken hearts,” said Rozin. “We miss our dogs."

Menard says she is heartbroken too, and she's sorry for any pain she has caused their family.

"I wasn't perfect yesterday, and there's a consequence for that," said Menard.

The Rozins filed a police report, and the St. Louis Park Police Department is now investigating the case.