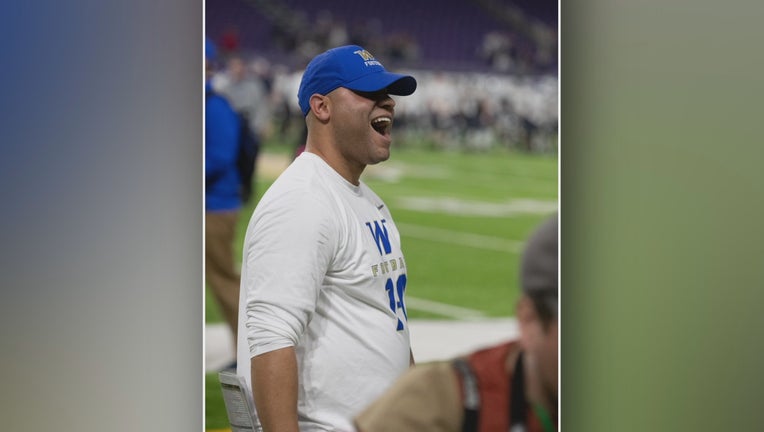 WAYZATA, Minn. (FOX 9) - A Minnesota high school football coach is headed to the Super Bowl after being recognized as one of the top high school coaches in the country.

As a nominee of the NFL’s Don Shula High School Coach of Year award, Wayzata High School Coach Lambert Brown got to go to the Pro Bowl in Orlando. Sunday, he found out he was named as runner-up for the award, which means he secured an invite to Super Bowl LIV.

It's been a very special week for the Wayzata coach as he was recognized at the Pro Bowl and will be attending Super Bowl 54 Sunday night.

“It’s an incredible honor just with the amount of great coaches that we have in the state and we have a lot of people that do a lot of really great things for kids, so it’s been a great honor,” said Brown.

First honored in Minnesota as the Vikings Coach of the Year, Brown is now being recognized nationally for his achievements both on and off the field.

“Everyone has just rallied around the football team and made it a really special year and a great experience - not only for myself, but also for the coaches and the players, which is really what it’s all about,” said Brown.

Last season, Wayzata High School won the state title, capping off a 13-0 season. While players say his coaching is unrivaled, to his team, Brown is so much more.

“I’d say this for most of the teammates - almost all of them - he’s more of a father figure than a coach,” said Christian Vasser, a Wayzata running back. “He’s more of a leader.”

He's a leader who takes the lessons he learned from his coaches growing up and passes them on to the next generation..

“I got into education to be a part of kids’ lives and to work on transforming lives and hopefully giving kids the skills to go on and be successful and be a part of that process,” said Brown.