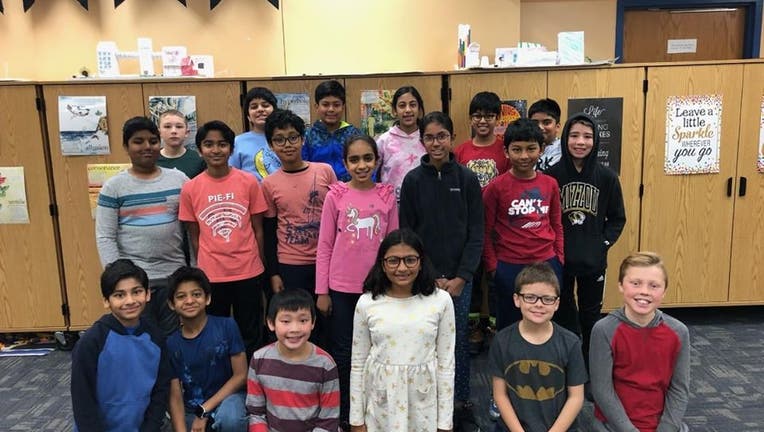 WAYZATA, Minn. (FOX 9) - A group of fifth graders in Wayzata are celebrating after they won a national math competition.

Wednesday morning, Wayzata Kimberly Lane Elementary School beat Lake Norman Charter from Huntersville, North Carolina in the final round of the AreteLabs Math Madness event sponsored by the Mathematical Association of America. The competition, which had a bracket format much like the NCAA basketball tournament, started on October 20.

Twenty fifth graders from Wayzata Kimberly Lane participated, beating teams across the country each week. All of the matchups were held remotely on iPads and the students would answer the questions individually. To tally the point totals, the top five students' scores were averaged together. In the championship, it was a close game, with Wayzata Kimberly Lane winning 43 to 41.

"They had a lot of fun," said Sue Bradsher, the gifted and talented teacher at Wayzata Kimberly Lane. "After they completed a round, we went over the problems they got wrong. So it was great for re-teaching and it's one of the reasons I think they did so well."

Bradsher says the students' excitement and competive spirit has carried them all season. Last week, she posted a video on Twitter of the group breaking out into cheers when they learned they had qualified for the national championship match.

She says she hopes the experience inspires them to continue having fun with math and enjoying competition.