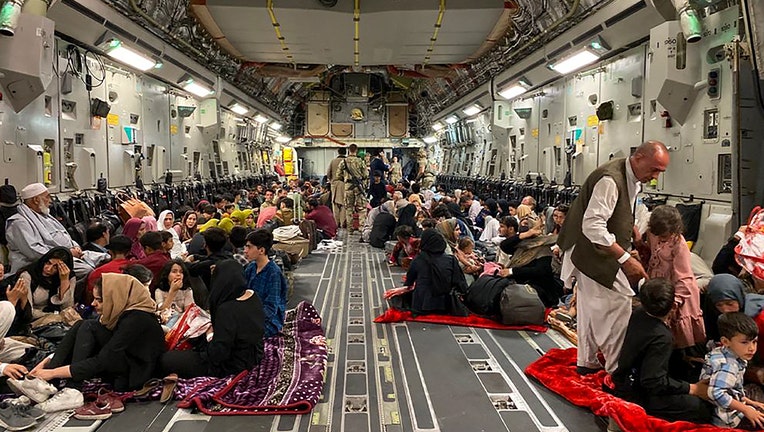 Afghan people sit inside a U S military aircraft to leave Afghanistan, at the military airport in Kabul on August 19, 2021 after Taliban's military takeover of Afghanistan.  (Getty Images)

Expert explains what Taliban takeover could mean for women in Afghanistan

Just a few days ago life was normal for many women in Afghanistan, but an expert familiar with what’s happening on the ground says now women are in hiding because they’re afraid they could be killed.

"Minnesotans believe in treating all people with respect and dignity, and we have a strong tradition of welcoming those who seek refuge and supporting them to rebuild their lives and become part of our communities," the letter reads. "Minnesota is eager to uphold that tradition by welcoming families and children and providing the stable foundation they need to rebuild their lives, achieve their highest potential, and contribute to our state."

After Afghanistan’s fall to the Taliban, thousands of people have evacuated to the U.S. and other counties. The Taliban seized power two weeks before the U.S. was set to complete its troop withdrawal after a two-decade war.

HOW TO HELP AFGHAN REFUGEES: Ways to support those impacted by the Taliban takeover