Walz, Senate GOP split on surplus spending ahead of 2022 session

How to spend Minnesota's record $7.7 billion budget surplus will be a defining dilemma for the 2022 legislative session, which starts Monday.

ST. PAUL, Minn. (FOX 9) - How to spend Minnesota's record $7.7 billion budget surplus will be a defining dilemma for the 2022 legislative session, which starts Monday.

Walz's proposal is in addition to the state's current $52 billion, two-year budget. His plans include ongoing spending in future years, bringing the total price to $13.2 billion by 2025.

"If Minnesotans see what’s being proposed, if they understand the position we’re in, that’s where we start to get the buy-in that gets bipartisan agreements," Walz told reporters this week, addressing the size of his spending plan.

The first-term Democratic governor, who is running for re-election this fall, has dozens of items in his proposal. Among them: more K-12 education funding, paid family and medical leave, paid sick leave, subsidizing high school students' college application fees, and installing broadband in rural areas. 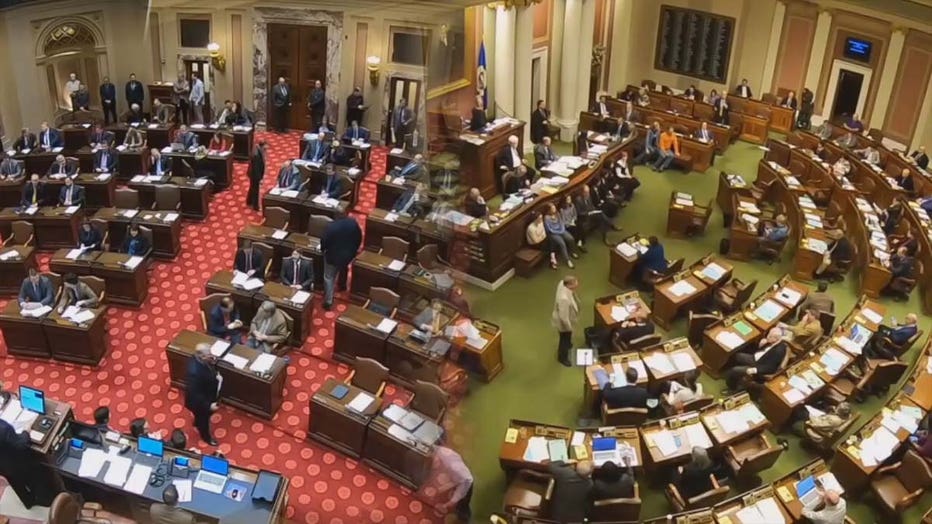 The biggest item is a $2.7 billion break for businesses that are facing a tax hike to patch a deficit in Minnesota's unemployment insurance system. The business tax break has bipartisan support.

But Republicans oppose many other pieces, including the governor's proposal to send one-time, $175 direct payments to most Minnesota adults at a total cost of $700 million. The governor has dubbed them "Walz Checks."

"The proposal from the governor is insulting. It barely covers the monthly cost of diapers in my house," said state Sen. Julia Coleman, R-Chanhassen, who has three children under the age of 3.

Republicans who control the Senate say they would instead seek permanent cuts in Minnesota's income tax brackets. They did not say how low they wanted to set the rates.

"We’re still working on those details," Senate Majority Leader Jeremy Miller, R-Winona, told reporters. "Those will be rolled out in the next couple weeks. But you can expect a very large tax relief package coming from the Senate Republicans."

Like Senate Republicans, Democrats in charge of the House haven't released specifics of their spending proposals, other than a $100 million plan for public safety this week. But they said there was more the Legislature must do than cut income taxes.

"If Sen. Miller says we won’t do any more ongoing spending, we might as well not do the legislative session at all," said House Majority Leader Ryan Winkler, DFL-Golden Valley, "because I promise you that the Democrats in the House are not just going to go for a big permanent tax cut and call it quits."