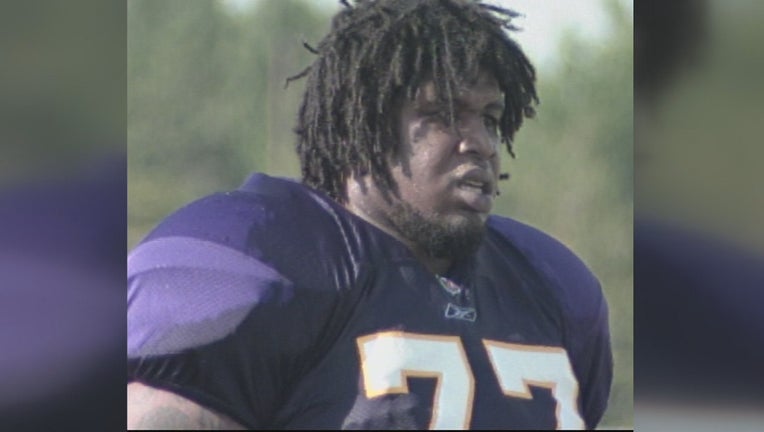 After practicing in the 90-degree heat in full pads, the Pro Bowler died of complications from heatstroke. The Vikings honored the 27-year-old during practice on Saturday with the Vikings painting his number 77 was painted on the field at TCO Performance Center and the stadium observed a moment of silence.

Stringer’s death was a wake-up call for not only the NFL but youth football programs across the country. Thanks in part to the work of the Korey Stringer Institute, coaches are now much more aware of how they train and player safety is paramount.

Shakopee High School football coach Ray Betton says that Stringer’s death is always in the back of his mind especially on hot days like we’ve seen recently.

"I reflected back on my years in high school and college and the no water, and I thought wow," said Betton.

When a seemingly healthy Stringer died at training camp 20 years ago, Betton was coaching at Academy of Holy Angels. He says since then, protocols have changed drastically.

Betton says it’s no longer about pushing through physical distress but a smart approach to training.

The Minnesota State High School League implemented rules about how long or if teams can practice outside, depending on the heat index. Water is no longer used as a reward and ice baths are readily available at most high schools.

Betton says it’s different from how he grew up playing the game but he believes it’s the best approach.

"We still take pride in being tough on the football field, we talk about that, and how you do that," said Betton. "But it's not -- that’s not tough. Running kids through the dirt and stuff, you ain't going to get no tougher."