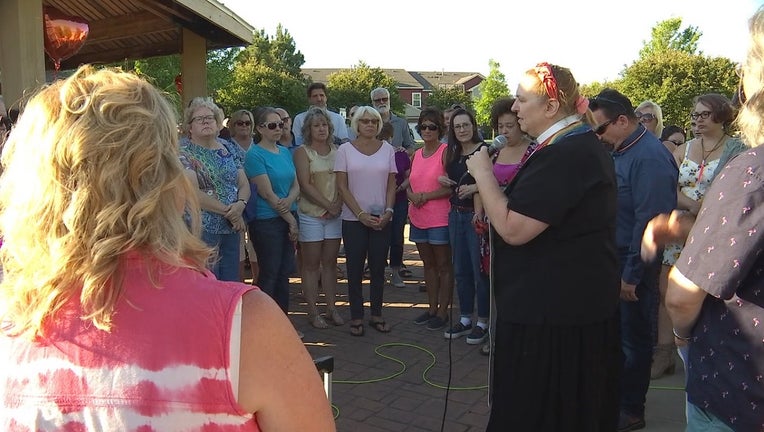 BROOKLYN PARK, Minn. (FOX 9) - The man killed after being run down by a neighbor in Brooklyn Park was honored on Saturday.

Paul Pfeifer died on the evening of June 12 when he was struck by an SUV on the 9500 block of Scott Circle North around 10:30 p.m.

Saturday, one week after Pfeifer's death, his neighborhood came together to honor his life with a candlelight vigil and a procession.

"Simply put, Paul was love," one speaker said. "And he brought out the best in everyone. Paul had an amazing superpower to bring people together via his music, and his infamous holiday and cocktail parties, which were epic."

The man who struck Pfeifer, Christopher Dewayne Rice, was charged with two counts of second-degree murder and one count of criminal vehicular homicide.

In charges released this week, investigators say Rice was erratic when they arrested him and made strange claims like he was being controlled by another person and he heard voices. He also told police he has schizophrenia and bipolar disorder and was not taking his medications.

He is being held in Hennepin County Jail.