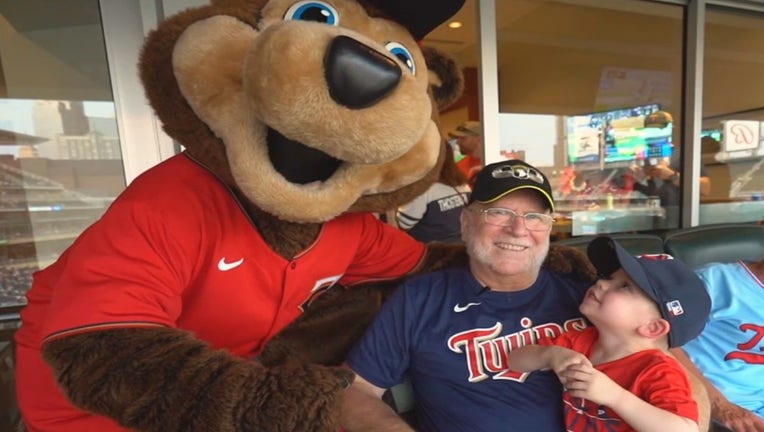 (FOX 9) - After a post on social media went viral, a Vietnam veteran with stage four terminal cancer is celebrating a VIP night at Target Field for the Twins game.

Two weeks ago, Ashlee Mueller put out a post on LinkedIn trying to see if there was any way to get her dad – a veteran with stage four colon cancer – into a suite for a Twins game.

"Just the vision of my dad being able to share my son’s first baseball game was priceless, and I had to make it happen," she said.

Over 200,000 views later, the Twins hooked Ashlee and her family up with a game to remember.

On Tuesday, Larry starts another round of chemo in what will be his third battle with cancer. This time, the doctors say it’s likely terminal.

"Terminal could be many months or whatever, so I don’t let that bother me… you can’t," Larry said.

At least one form of Larry’s cancer is tied to his time in Vietnam where he was exposed to the chemical Agent Orange.

"I was in the area where Agent Orange was dropped and nobody knew anything about it for years and years," he said.

His son-in-law, Ashlee’s husband Mike, is a veteran from the war in Afghanistan, where he was also exposed to chemicals in burn pits. Now, he is on a registry that will monitor his health, and he’s encouraging other veterans to register, too.

"Do the registry even if you think you were not exposed," Mike said.

For now, generations are coming together to celebrate each day they can.

"We just have to make every day as amazing as possible," Ashlee said.