Officials in Hawaii say this video shows a crime: A beachgoer allowed his dog to harass this seal.

KAILUA-KONA, Hawaii - A man in Hawaii is facing charges from three different agencies after his dog was caught on video harassing a Hawaiian monk seal.

According to the Hawaii Department of Land and Natural Resources (DLNR), the footage was recorded by a bystander back on October 10 at the Big Island’s Kaloko-Honokōhau National Historical Park. It shows the dog running up to the seal and repeatedly barking at it.

It took several weeks for authorities to track down the dog's owner. They now say he’s a 52-year-old who had recently moved to Hawaii from the mainland.

The man has been cited by DLNR, NOAA, and the National Park Service for several things, including harassment of endangered and threatened species, failure to restrain a pet, and violation of the federal Endangered Species Act. 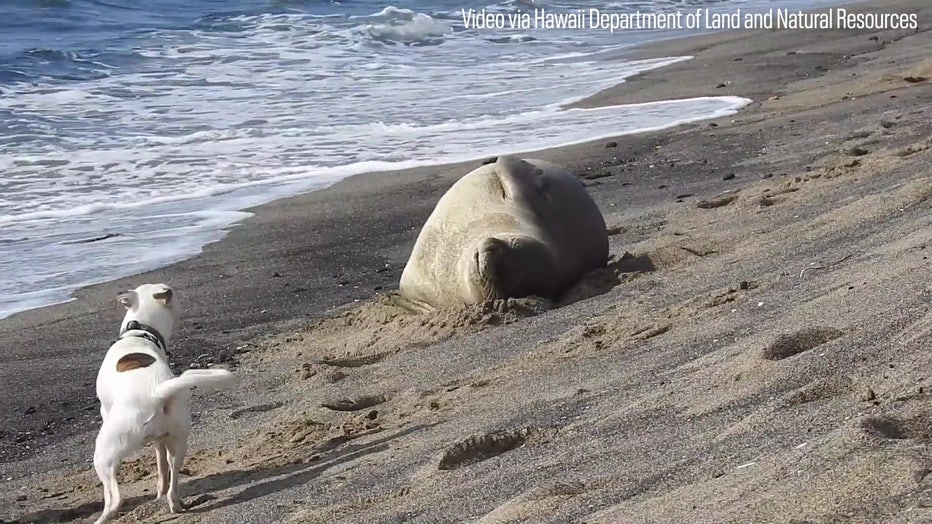 He is scheduled to appear in court in January.

According to NOAA, Hawaiian monk seals are one of the most endangered seal species in the world; only 1,400 are estimated to exist in the wild. 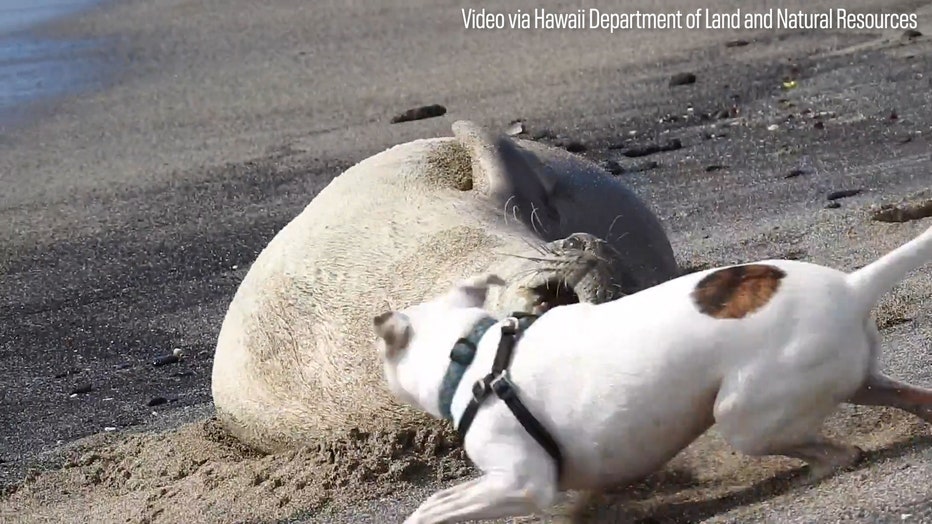 In a Facebook post, the law enforcement agencies cautioned that the seals, even when they appear to be resting, are powerful animals and could easily hurt or kill an off-leash dog. "Not to mention," state Division of Conservation and Resource Enforcement chief Jason Redulla noted, "monk seals are protected by a multitude of state and federal laws, as this individual learned."

Officials with the DLNR say they are not releasing the man's identity due to past experiences with people receiving "multiple death threats" after being cited for seal harassment.