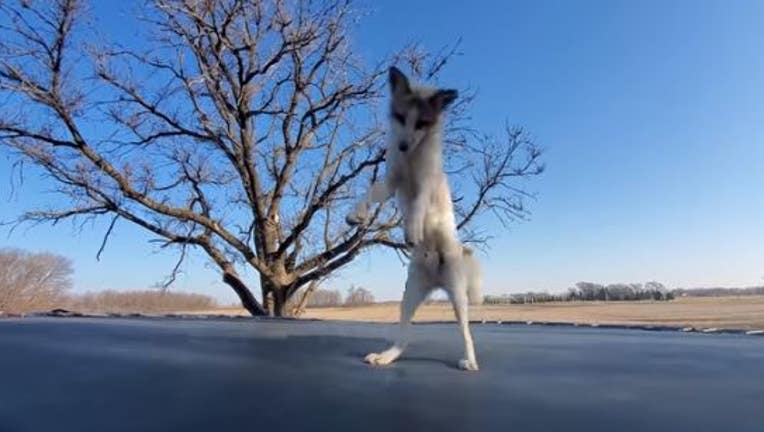 A fox named Jagger jumps on a trampoline at a Minnesota fox sanctuary. (Saveafox Rescue via Storyful)

The captive-bred red fox was seen by someone at the sanctuary bouncing and running around on the trampoline Nov. 21.

A fox named Jagger enjoys time on a trampoline at a fox sanctuary in Faribault, Minnesota. (Saveafox Rescue via Storyful)

Jagger lives at Saveafox Rescue in Faribault, Minn. He has a color mutation called “red marble” the sanctuary says. According to the rescue, Jagger is “very sweet and outgoing.”

“He was found wandering the streets in a state where pet foxes are illegal,” said Saveafox to Storyful. “When he went unclaimed he was transferred to us to find his forever home.”

For more information about the rescue, how to help or how to get involved, visit their website.