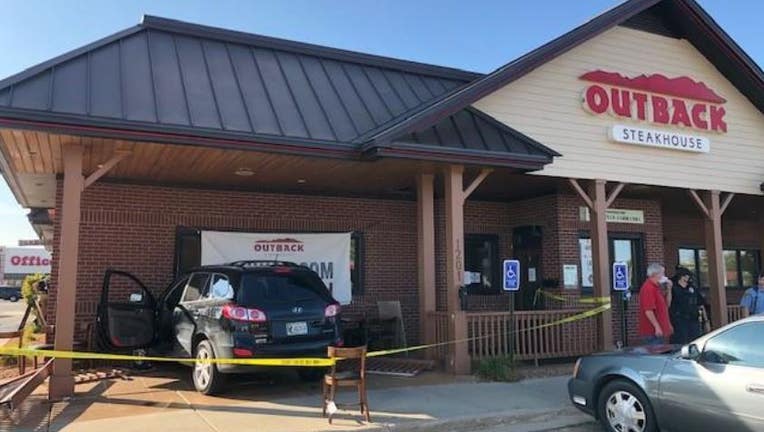 A vehicle crashed into an Outback Steakhouse in Rochester, Minnesota on Sept. 24, 2020. (Rochester Fire Department)

ROCHESTER, Minn. (FOX 9) - An Outback Steakhouse in Rochester, Minnesota is temporarily closed after a vehicle crashed into the building Thursday afternoon, according to the Rochester Fire Department.

At 4 p.m., fire crews responded to the restaurant at 1201 Broadway Avenue South, where a SUV crashed into an exterior wall and hit a table in the restaurant where two people were sitting. Medics evaluated the two people, who were not seriously injured. 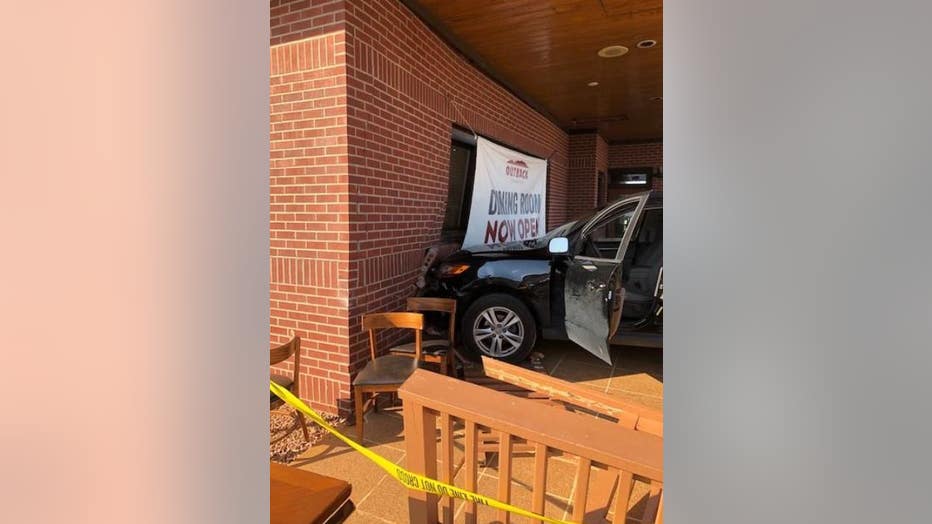 A vehicle crashed into an Outback Steakhouse in Rochester, Minnesota on Sept. 24, 2020. (Rochester Fire Department)

The driver was also evaluated at the scene.

Authorities evacuated the building for safety until it can be fully inspected. The fire department and a building inspector decided to leave the vehicle at the crash scene until officials determine it is safe to remove it.