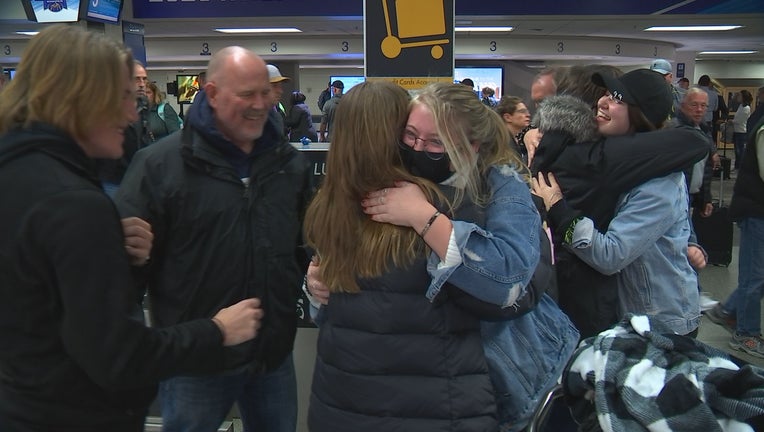 BLOOMINGTON, Minn. (FOX 9) - A University of Minnesota-Duluth student is back home from South Korea after the university canceled classes due to the novel coronavirus outbreak.

Friday afternoon, Megan Meilhan reunited with her parents at Minneapolis-St. Paul International Airport after a whirlwind week. Instead of being in Seoul for a whole semester, she was only there for seven days.

"I little disappointed obviously; I’ve been planning this for a year - had a week there, but it was all good," said Megan.

According to the World Health Organization, there are 2,337 confirmed cases of coronavirus in South Korea. There have been 13 deaths linked to the virus.

"We’re excited to see her back and glad she didn’t get stuck longer and luckily there’s no quarantine or things like that coming into the States right now," said John Meilahn, Megan's father.

The cancellation wasn't a complete surprise to the Meilahn family as classes had already been delayed three weeks due to the outbreak, which started in China. Megan had also brought face masks with her to South Korea, just in case.

"Everyone wore masks," said Megan. "There was Germ-X everywhere whenever you entered a store or restaurant. They made sure you washed your hands."

Megan says at first, she and other students received a notification that classes would be online-only, but then on Wednesday they got word the classes were canceled.

"We had two days basically to get a flight back to get all of our stuff packed and kind of see the country still, so it was crazy," said Megan.

While her time abroad was cut short, Megan says she's glad to be back in Minnesota.

"I feel better now that I’m home, but it was a really good experience to go," she said.