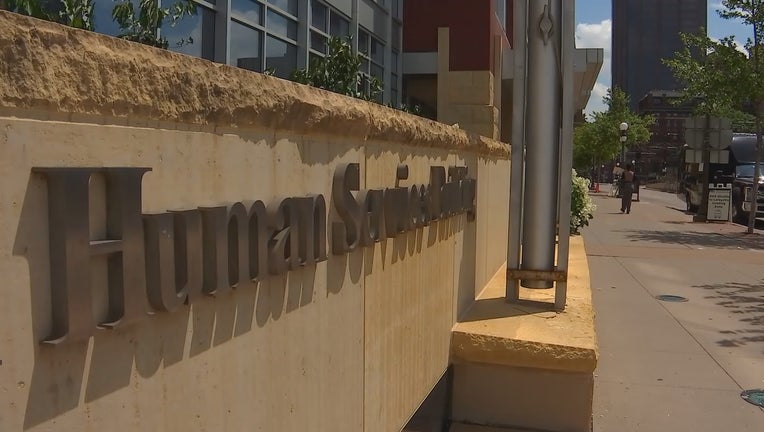 ST. PAUL, Minn. (FOX 9) - Minnesota’s biggest state agency broke the law more than 200 times this year, sending out $52 million in contracts without approval, according to the department’s internal records.

Minnesota DHS says it broke the law 200 times this year

Minnesota’s biggest state agency broke the law more than 200 times this year, sending out $52 million in contracts without approval, according to the department’s internal records.

Senate Republicans have scheduled a hearing for Wednesday to look into the violations, which are detailed within forms that DHS made public in response to open records requests. Gov. Tim Walz “absolutely” supports the hearing, he said in an interview.

“I’m asking them to dig. It’s unacceptable to me,” Walz said. “It looks like in some of these cases, these were ongoing contracts where they started paying people, the work happened, it got done. But that’s not the way it’s set up.”

DHS officials said none of the payments were inappropriate. But in all of the violations, staff did not follow state law.

The issue is the latest example of mismanagement to surface at DHS, and some have expressed concern about the treatment of employees who report wrongdoing. The errors are separate from $29 million in previously disclosed unauthorized payments to two Native American tribes for opioid treatment.

Walz said he would soon announce plans to have an outside team come in to analyze DHS. The agency gets $18 billion per year in state and federal funding.

In the violation forms, staffers are asked to explain what caused the problem. Among the explanations: a “lack of process clarity,” “lack of resources,” “carelessness during a heavy workload,” and “miscommunication.”

A staffer wrote that one mistake was “not acceptable and very disappointing.”

“We broke the law,” said Alex Kotze, the agency’s chief financial officer, in one report. “We need to be able to explain internally and to (the state Department of Administration) how we will prevent this in the future.”

The 204 violations range from a low of $50 – a registration payment so someone could attend a conference – to an $8.6 million child care contract.

“This has become normal and ordinary course of business,” said state Sen. Michelle Benson, R-Ham Lake. “Middle management at the Department of Human Services doesn’t understand that they need to be trustworthy and transparent. They need to be following the rules.” 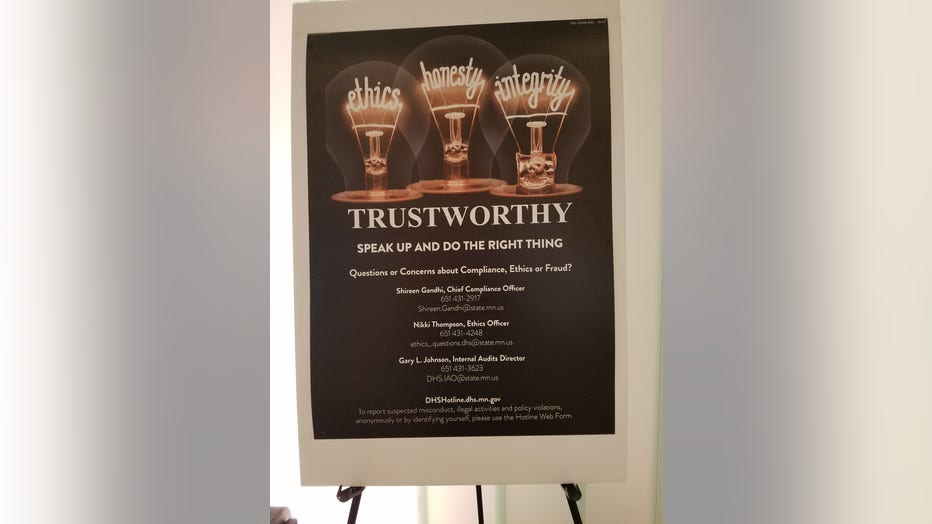 Commissioner Jodi Harpstead took control of the agency in September and has encouraged employees to report wrongdoing.

On Tuesday, FOX 9 aired an interview airing with whistleblower Faye Bernstein, a DHS compliance officer who says she’s been retaliated against for reporting errors in state contracts.

The words “ethics,” “honesty” and “integrity” glow from three lightbulbs at the top of the poster.

The image appears to be taken from clip art available on the internet.

The posters had been planned for some time as part of a month-long awareness campaign, said Sarah Berg, a department spokeswoman.

The posters are a start, Benson said.

“For years middle management has rewarded behaviors that undermine whistleblowers or hide the truth,” she said. “I think the posters are encouragement, because then someone can point to the poster and say, I’m trying to tell you the truth and our commissioner expects it.”