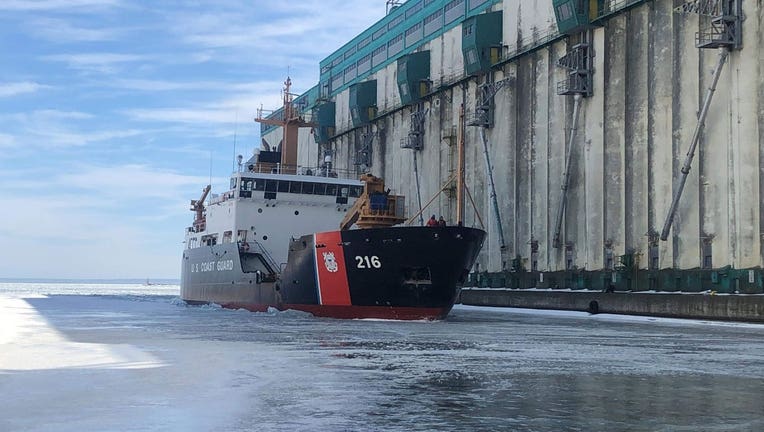 (FOX 9) - A bipartisan group of Midwest members of Congress are hoping to pass legislation to increase icebreaking on the Great Lakes in an effort to ease transport during the winter months.

Sen. Tammy Baldwin, of Wisconsin, authored the bill that she says will help pave the way for the 90 million tons of cargo that navigate the Great Lakes each year. She argues that added icebreaking will help grow the regional economy.

The bill would require the U.S. Coast Guard to break ice in the Great Lakes and would help size its fleet of icebreakers accordingly. The bill includes $350 million for a new Great Lakes icebreaker.

A study by the Lake Carriers’ Association found the Great Lakes maritime industry lost more than $1 billion in revenues because of transport delays caused by inadequate icebreaking in the 2019-2019 ice season. The study found more than 5,000 jobs were lost as a result.

Sen. Todd Young (R-IN) and Sen. Gary Peters (D-MI) are the senators who also advocated for the bill. Reps. Mike Gallagher (R-WI) and Marcy Kaptur (D-OH) are supporting the legislation in the House of Representatives.

The legislation passed the Senate Commerce Committee and will now move to a full vote on the Senate floor.