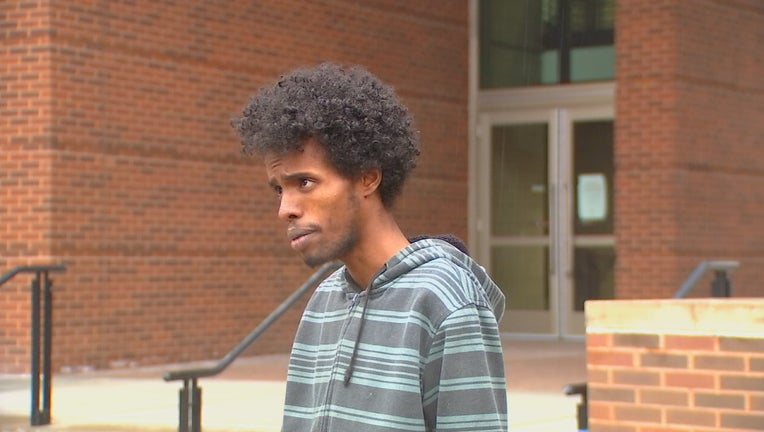 A University of Minnesota student says he was racially profiled after being denied a rental laptop.

MINNEAPOLIS (FOX 9) - A Black student at the University of Minnesota is accusing a school employee of racism, and now a growing list of current and former students have signed off on a letter demanding the university take action.

Like most University of Minnesota seniors, Musab Hussein was preparing for midterm exams on March 1.

A Black student at the University of Minnesota is accusing a school employee of racism, and now a growing list of current and former students have signed off on a letter demanding the university take action.

"I was traumatized after the incident happened," Hussein says. "I failed my midterm that I studied for because I had anxiety."

Hussein had needed to borrow a laptop, but alleges the employee wouldn’t rent it to him, despite seeing his UCard identification. He recorded video of parts of the encounter.

"I’m a Black man in the United States of America. I have to record for my safety," Hussein explained.

Hussein claims the school employee didn’t believe he was a university student, and didn’t trust he would return the device.

"Because I am a Black University of Minnesota student, that is the only reason I came up with," Hussein says.

Police were called as Hussein returned to his car.

"We were talking to the cop honestly for 30 minutes. I was so scared for my life," Hussein says.

The Carlson School of Management sent this statement Wednesday:

We are aware of an alleged racially-motivated incident on campus that occurred Monday, March 1 involving a Carlson School student and staff member. We take this matter seriously and it is being investigated.

The actions described by the student are not representative of our values, and undermine efforts to make the Carlson School a more welcoming, inclusive place for all. While we cannot comment on the investigation itself, we will update you as soon as more information is available to share.

In a separate letter sent to students, Carlson’s Dean Sri Zaheer and Associate Dean Raj Singh say the school acknowledges pain, anger and fear that students have felt as a result of the incident.

Hussein says he wants the university to develop a racism sensitivity training for employees and make it easier for students to report racism on campus. The school is rolling out a new mandatory training covering topics of discrimination based on race by the end of March.