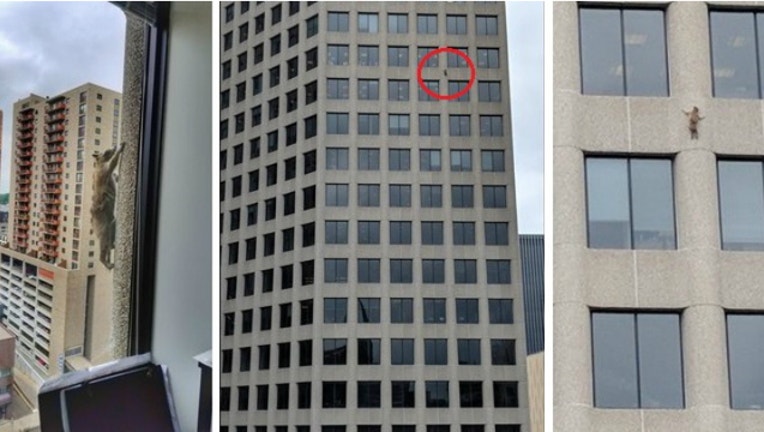 ST. PAUL, Minn. (FOX 9) - Two years ago, a furry raccoon's climb up a St. Paul building captured the attention of the metro and the Twitterverse.

On June 12, 2018, staff at Minnesota Public Radio first noticed a raccoon on the ledge of the Town Square building. While maintenance workers managed to get it off the ledge, the raccoon began scaling the building next door, making it all the way to the 23rd floor.

The world has been watching a raccoon as it climbed over 20 stories up the outside of an office building in St. Paul, Minnesota Tuesday and remained there throughout the night.

MPR staff began documenting real-time updates and the word spread until #mprraccoon became a viral sensation. In the days that followed, MPR even released raccoon merchandise for sale.

Eventually, early in the morning the next day, the little raccoon made it all the way up to the roof, where it was caught in a live trap set by Wildlife Management Services. It was later released to the wild. 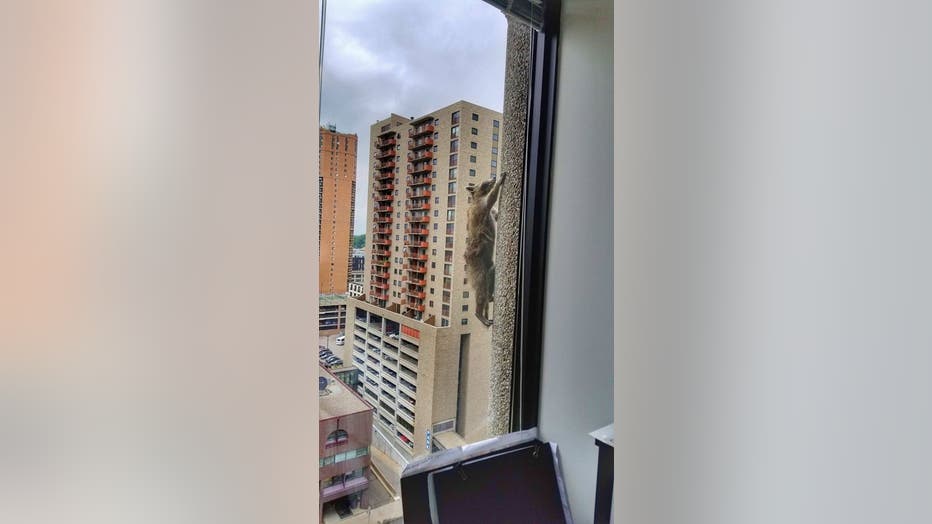 A raccoon scales a building in St. Paul in June 2018. (Ben Johnson)

The saga made international headlines. St. Paul Mayor Melvin Carter said the happy ending was good publicity for the city.

“I think, if anything, this proves St. Paul is the place to take a risk and reach great heights,” Carter said.

While the current whereabouts of the little critter are unknown, the MPR Raccoon has forever cemented itself in the strange world of internet fame.