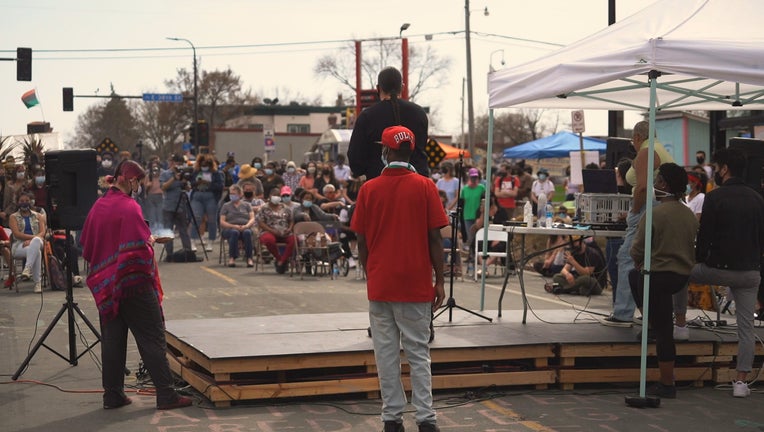 MINNEAPOLIS (FOX 9) - A coalition of Twin Cities social justice organizations is trying to bring changes to policing in the Twin Cities, with a petition.

After a month-long race to collect signatures, the Yes 4 Minneapolis campaign may have crossed its finish line on Sunday, as its teams went door-to-door in neighborhoods, canvassing for support. Supporters came together afterward around 38th and Chicago.

A coalition of Twin Cities social justice organizations is trying to bring changes to policing in the Twin Cities, with a petition.

"The value of black life is once again on trial again for us all to see," Jennie said.

"Senseless killing must stop," Deborah said. "We need to consciously tell ourselves that love must prevail. If you love somebody you will not harm that person."

The activists are behind a petition with a goal of 20,000 signatures.

"We want to take it one step at a time, and we need to change the whole department," canvasser Leslie Alvarez said. "To establish a new department of public safety with a mental health approach."

"Just to open the door to allow for more options which would include mental health officials and social workers," Alvarez explained. "Change is scary… change is something different that takes a while to get used to; but the biggest thing is we don’t want to completely get rid of the police, we just want to open that door."

Sunday’s crowd trusts that a change in that direction would be for the better. The petition serves as one step in the process of adding a vote to the ballot in November, over whether or not to replace the current Minneapolis Police Department.