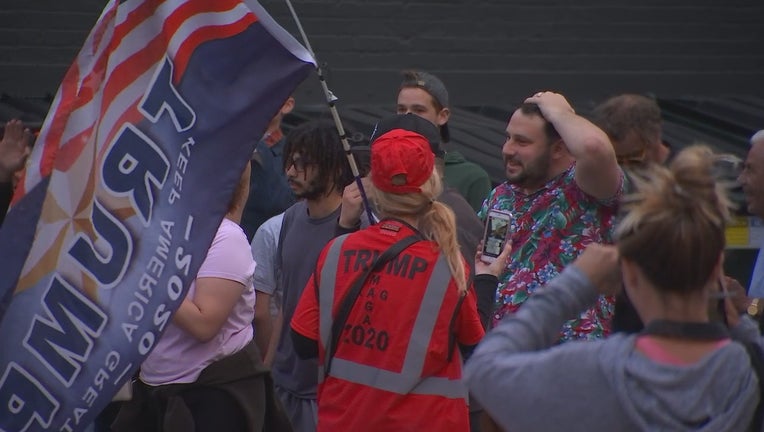 A group of Trump supporters marched to the bar and faced off with bar patrons.

MINNEAPOLIS (FOX 9) - Twenty-four hours before President Donald Trump will touch down in Minnesota, shouting and protesting was already started on the streets of downtown Minneapolis.

A group of Trump supporters got into it with patrons of The Saloon Bar after managers put up a giant Trump baby balloon outside their venue.

Businesses in the downtown area are getting ready for Thursday's Trump rally.

"So, we were just wondering if they were going to be inclusive and allow us Trump people come in there and spend some money with them," said Randall Thorn of Lakeville, who was among the group outside the bar.

“It’s freedom of speech," said The Saloon Bar's General Manager William Ludke. "You’re allowed to say what you want to say. We take the positive, we take the negative and we put it together.”

At the same time, people on the other side of the political spectrum were ready to show their disdain.

The Anti-War Committee is teaming up with several other groups to hold a protest. On their event Facebook page, nearly 20,000 people responded saying they’re interested or will likely join the demonstration.

"I hope that Trump and his supporters will see that Minneapolis is a diverse place that’s able to come together," said Wyatt Miller of the Anti-War Committee. "People of all nationalities and backgrounds come together and oppose Trump’s attacks, oppose the hatred he represents.”

While both sides prepare to descend around the Target Center voicing their opinions, the rest of downtown Minneapolis prepares for an influx of tens of thousands of people and possible chaos.

Crews will be working overnight to remove tables, chairs, and planters off the sidewalks, anything that could potentially do damage to businesses. 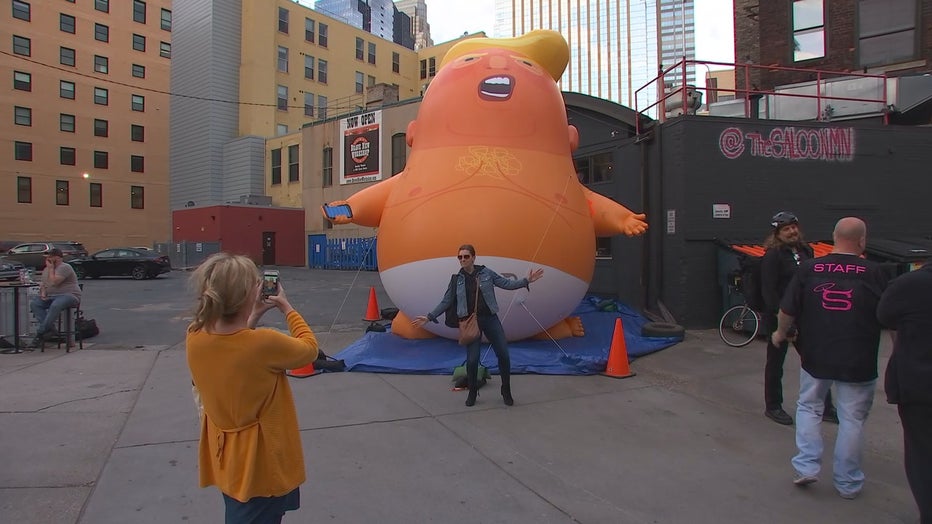 A patron poses in front of the baby Trump balloon outside The Saloon in Minneapolis.

Most restaurants and the Theatre District will keep their regular hours and show times but urge people to be aware of the road closures and parking restrictions.

Steve Cramer, president of the Minneapolis Downtown Council, says his partners have been working closely with law enforcement to ensure everything operates smoothly Thursday. 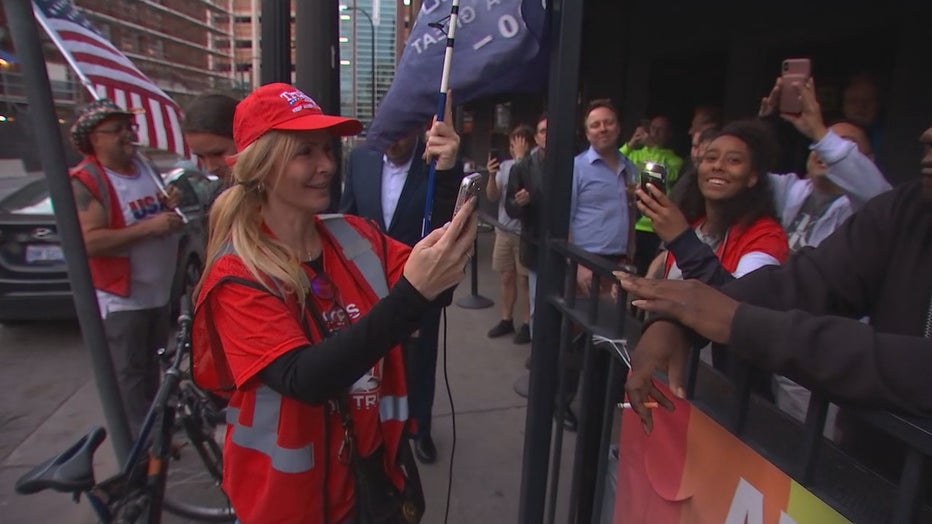 “Even though this is different than the big events that we have had, like the Super Bowl and the Final Four," explained Cramer. "I think the fact that we’ve had those big events has really exercised some pretty good muscle in terms of multi-jurisdictional cooperation around planning for these sorts of things. I think we’ll see that play out in the next 24 hours.”

The Trump supporters we spoke with say there are already tons of people camping out around the Target Center and in the Skyway to get in line for the rally Thursday evening. All city-managed parking ramps will be open until they are full and Metro Transit will have regular service except for some detours around this area.