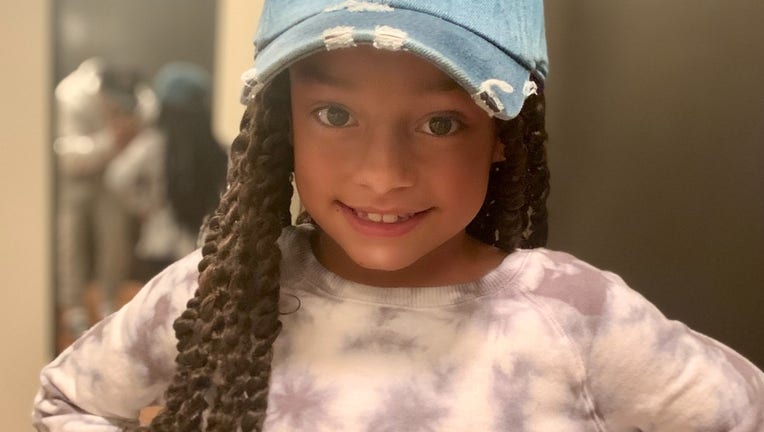 Trinity Ottoson-Smith has passed away from her injuries nearly two weeks after she was shot while jumping on a trampoline. (Family)

MINNEAPOLIS (FOX 9) - A nine-year-old girl who was shot in the head in north Minneapolis, has passed away from her injuries, family members told FOX 9. Trinity Ottoson-Smith had been hospitalized for nearly two weeks.

"For the last 12 days, she fought for her life and today that fight ended," said Minneapolis police spokesman John Elder. "At 4:04 p.m. she was pronounced deceased at the hospital."

Nine-year-old Trinity has died Thursday, nearly two weeks after being hit by gunfire while playing on her trampoline in north Minneapolis.

Trinity was one of three children who were shot in the head in north Minneapolis within weeks of one another.

On May 15, Trinity was jumping on a trampoline at a friend's birthday party with other children when she was struck by a bullet in the 2200 block of Ilion Avenue North. Since then, she had been in critical condition at North Memorial Health Hospital.

"Our officers who showed up at this scene with the nine-year-old girl critically injured with a gunshot to her head knowingly violated policy by picking this girl up, running her to the squad and taking her to the hospital, doing what they could to save her life. That's who the Minneapolis Police Department is," said Elder.

Last week, six-year-old Aniya Allen died from her injuries after she was shot on May 17 while riding in her family's car eating a McDonald's meal. Aniya was the granddaughter of longtime peace activist KG Wilson.

Minneapolis city and community leaders gathered Sunday to announce a $30,000 reward for information leading to an arrest in any of the three recent shootings of children. The reward includes up to $10,000 per case.

Ten-year-old Ladavionne Garrett, Jr. was shot on April 30 while riding in a vehicle with his parents near the Minneapolis intersection of 35th and Morgan Avenue North. Ladavionne remains hospitalized in critical condition at North Memorial.

Following the shootings, the children's families and community leaders have called for an end to gun violence and for those responsible to come forward. There is a $30,000 reward for information to solve the three cases.

"People know who did this, come forward with that information, you can remain anonymous through CrimeStoppers and still receive a financial reward," said Elder.

Anyone with information is encouraged to call the Crime Stoppers anonymous tipline at 1-800-222-TIPS (8477) or crimestoppersmn.org. Officials noted that tipsters can still be anonymous and receive a financial reward if the information leads to an arrest.

Elder said gun violence is "off the charts" in Minneapolis compared to recent years. He said homicides are up more than double compared to last year.