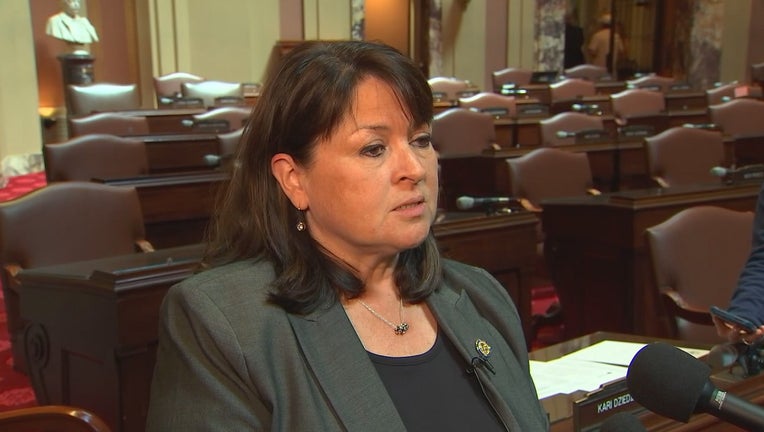 ST. PAUL, Minn. (FOX 9) - The top Minnesota Senate Democrat is calling for an outside investigation of sexual harassment claims made against a staffer.

In a written request, Senate DFL Leader Susan Kent and two other caucus leaders said the Senate should bring in a third-party evaluator to look at the chamber's sexual harassment policies and whether they were followed. The DFL leaders said they were reviewing their caucus's handling of the situation.

The case involves a former Democratic aide who accused another DFL staffer of unwanted sexual advances. Kent fired the accused staffer from her campaign, but no official Senate action was taken. The accused staffer has denied wrongdoing.

The request comes six days after the Minnesota Reformer first reported the case. Secretary of the Senate Cal Ludeman has not said publicly how or when an outside investigation would happen.

"That staff member's statements and news article pointed to deficiencies among a number of actors within the Senate as a whole, including on the part of Senate Human Resources following the staffer's communication of the allegations to HR," Kent and the other DFL leaders wrote in their request.

The news story sparked criticism of Kent's handling of the matter. Several Democrats said she should've immediately called for an investigation when the staffer came forward in 2020.

State Sen. Melisa Franzen resigned her leadership position as assistant DFL leader in protest. Franzen, DFL-Edina, said Wednesday she was happy that the caucus has finally requested an investigation.

"My decision is a very personal decision. I stand with my caucus in the direction that we're going," Franzen said in an interview. "I see it that we need to make sure that these issues come up and are addressed appropriately, and we give voice to victims, and we proceed in formal investigations when they're needed."