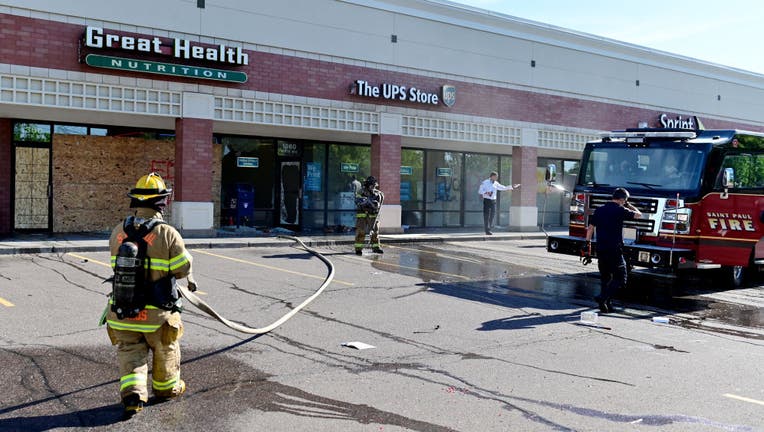 Samuel Elliot Frey of Brooklyn Park and Bailey Marie Baldus of Ramsey, both 19, have both been federally charged with conspiracy to commit arson. Both made their first appearance Tuesday in U.S. District Court in St. Paul.

According to the complaint, on May 28, Great Health and Nutrition along University Avenue was damaged by vandalism and fire. The store owner captured video from surveillance cameras that showed people stealing products, damaging items and starting a fire. Among the group were Frey and Baldus. At one point in the video, Frey pours what appears to be hand sanitizer onto a shelf and set it on fire.

After asking for help to identify persons of interest, the ATF received multiple anonymous tips identifying Frey. This included a report from the Brooklyn Park Police Department, which had responded to a dispute at Frey's home on the morning of May 30. When Brooklyn Park officers spoke with Frey, he admitted to taking items during the riots, but "didn't want to talk to officers in depth about what exactly had occurred last night because he's been up 24 hours rioting and looting and he's tired now," the report stated.

ATF investigators later interviewed a juvenile who also was captured on video inside the store. She identified herself, Frey and Baldus among those who were inside Great Health and Nutrition.

Anyone with information specifically related to business fires in the Twin Cities can call 1-888-ATF-TIPS (1-888-283-8477), email ATFTips@atf.gov or submit information anonymously via ReportIt.com. In addition to fires, the FBI is looking for people who may have incited or promoted violence of any kind. Anyone with video, photos or tips can call 1-800-CALLFBI (800-225-5342) or submit images or videos at FBI.gov/violence.