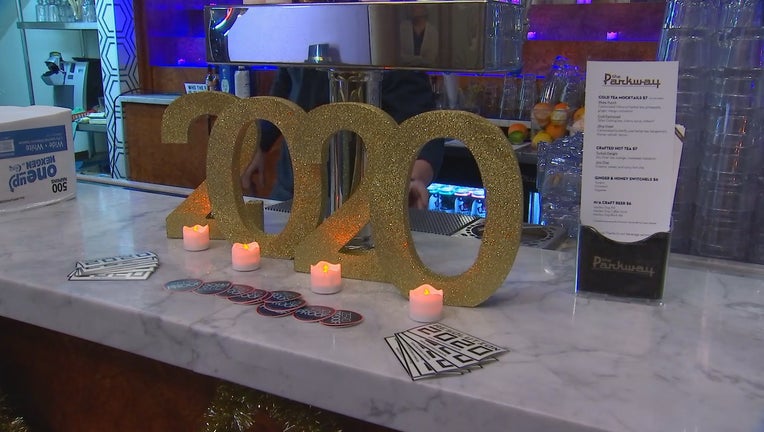 The Parkway Theater is holding a sober celebration for 2020. (FOX 9)

MINNEAPOLIS (FOX 9) - Partiers at The Parkway Theater in Minneapolis are ready to ring in the new year in style, but a different kind of party is taking center stage.

"This is a first of its kind New Year's Eve event in the Twin Cities as far as I'm aware of," said Jeremiah Gardner with the Hazelden Betty Ford Foundation.

Partiers at The Parkway Theater in Minneapolis are ready to ring in the new year in style, but a different kind of party is taking center stage.

Hazelden Betty Ford is one of the sponsors of Resolution 2020: A Zero Proof New Year's Eve. Organizers say the bash has everything any other end of the year gathering has, including musical performances by HALEY, Lydia Liza and Moe Yaqub, except for alcohol.

"It’s good to have alternatives because a lot of people don't participate in drinking culture and that doesn't mean you can't go out and have a fancy good time," said Haley McCallum, a singer performing at the event.

In addition to party favors, a photo booth and a countdown to midnight, partiers can throw back an assortment of mocktails to usher in the new decade. Organizers say the growing number of people in recovery and interest in the sober curious movement are the reasons this was the year to hold an event like this.

"It’s a myth and a lie that you have to have alcohol to have fun and tonight is going to be living proof of that," said Gardner.

After all, welcoming 2020 without alcohol can still be intoxicating.

"This is going to be a New Year's Eve to actually remember," said Gardner.