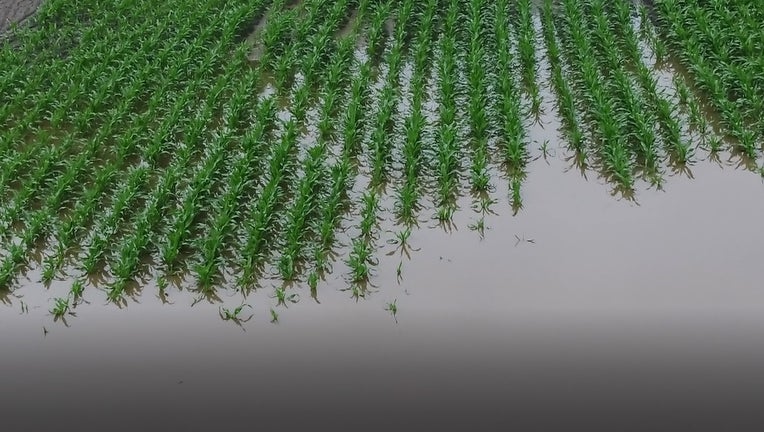 A wet fall has made this year's harvest even more difficult for farmers to turn a profit. (FOX 9)

(FOX 9) - It’s been a year like none other for Minnesota farmers.

Spring brought a deluge of rain in southern Minnesota and a flash flood that swept dozens of cows down the Zumbro River at the end of June. And the rain never seemed to stop. In fact, Minnesota is on track for its wettest year on record.

It’s been a year like none other for Minnesota farmers.&nbsp;

Late getting into the fields, farmers left a million acres of corn unplanted. When it comes to weather, the new normal, is anything but.

Mark Seely, a Climatologist with the University of Minnesota, has been watching Minnesota weather patterns for 40 years. Seeley said the data indicates our climate is at a crossroads and it’s a story of extremes.

“So when it gets wet, it gets wetter.  When it’s dry it’s dryer. We are in a wet cycle right now that is almost unparalleled in our measured climate history,” he added.

This year's wet weather is part of a broader trend: 16 of the last 17 years have been well above average for rainfall.

It’s also getting warmer or more precisely, not as cold.

Winter low temperatures are up by 4 to 6 degrees, a significant increase. Seasons of minus 40 are becoming less frequent. But for farmers, a brutal winter is nature’s pesticide.

“The good old fashion Minnesota winter won’t inflict a high level of mortality on pathogens, microbes and insects that it used to,” Seeley said.

Those bugs may not only survive winter; they’ll appear earlier in the spring, maybe in April instead of May.

And summer temps, especially night time lows, are getting warmer too. That could mean a longer growing season, with potentially higher yields for corn and soybeans.

But again, the crops will have company.

Brent Fuchs, who farms in the Northfield area, said he is seeing it already, like the Japanese Stink Beetle chewing on his soybeans.

“Ten years ago you never saw that beetle," he told Fox 9.

Farmers are seeing more soybean fungi like Frogeye Leaf Spot and White Mold. And the Corn Fungi, Southern Rust and Tar Spot, were both recently discovered in Minnesota for the first time.

And it’s just beginning, climate change will impact everything from the seeds farmers plant to the pesticides they use.

From 200 years of weather data, we know the pace of climate change is now accelerating.