Here's how to make this week's recipe, inspired by the matchup between Kansas City and Los Angeles.

The top two teams in the AFC West battle it out on FOX's Thursday Night Football. And since it's so close to the holidays, Dr. BBQ decided to cook up a pre-game meal that will inspire you to ask Santa for both a grill and a waffle iron.

Some food historians say chicken and waffles originated in Pennsylvania Dutch country back in the 1700s when settlers put stewed chicken and gravy on waffles. Then in the 1930's, a supper club in Harlem served fried chicken and waffles to jazz musicians after they finished their late-night sets. From there, it caught on, and the rest, as they say, is history. 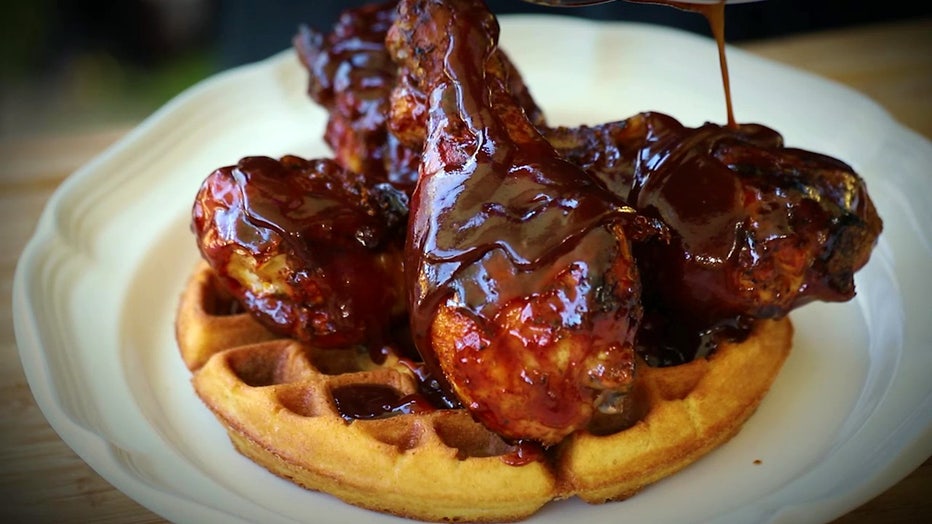