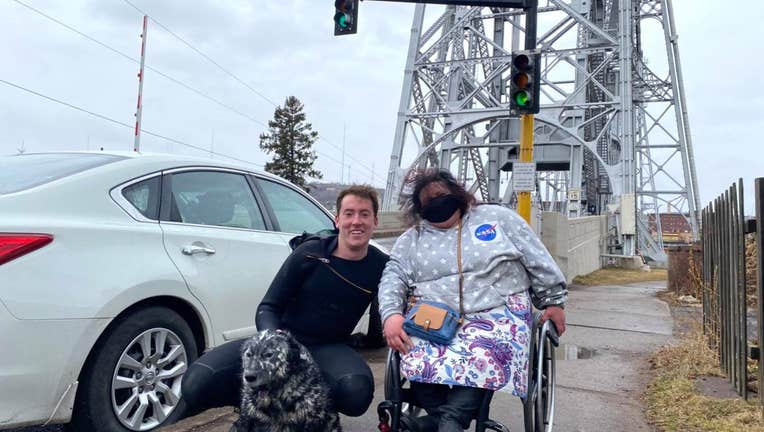 Darby (left) poses with the dog he rescued from Lake Superior in Duluth. (Duluth Police Department)

DULUTH, Minn. (FOX 9) - The Duluth Police Department is commending a Lake Superior surfer after he rescued a dog and man from the water.

According to a Facebook post by Duluth police, Darby Voeks had driven up from the Twin Cities metro early Wednesday morning to surf on Lake Superior in the Duluth area. 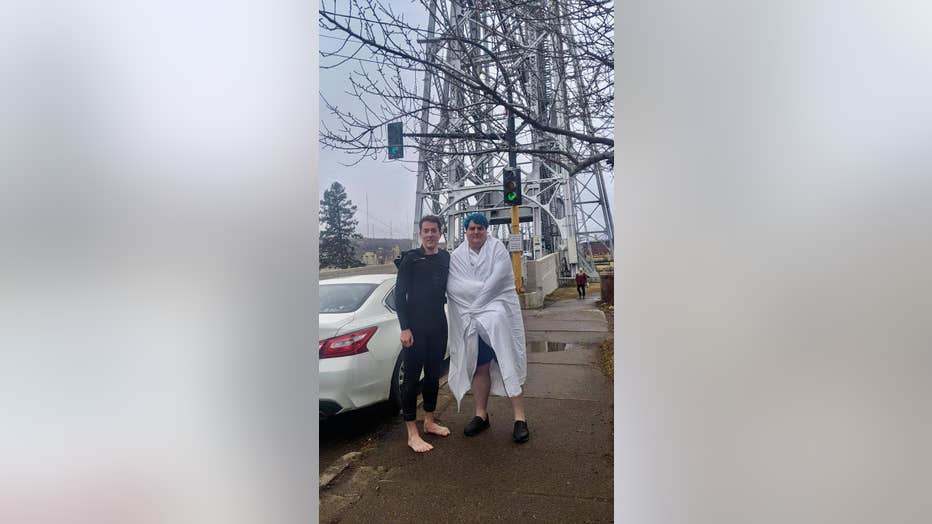 Darby poses next to the person he rescued from Lake Superior. (Duluth Police Department)

Duluth police say Voeks was finishing up his day of surfing at Park Point when a woman approached him asking for help. She told him her dog had gotten off its collar and jumped into Lake Superior. Her friend had also jumped in to try to retrieve the dog but now was also in need of help.

After running about 50 feet, Voeks found the dog and friend in the cold water and jumped in to save them. By the time police and firefighters arrived, Darby had gotten them both out safely.

"When someone is drowning, you don't know ... you don't know if they're going to shove you under, but I just hand to try to trust my swimming abilities and know that we have to try," Voeks told FOX 9.

A Duluth police lieutenant nominated Voeks for the Duluth Citizenship Award, a high honor given out on rare occasions.

"We would make the argument that Darby is a rare individual," read the Facebook post from Duluth Police Department. "Darby, you are an incredible person. Thank you for being you and for saving two lives today."