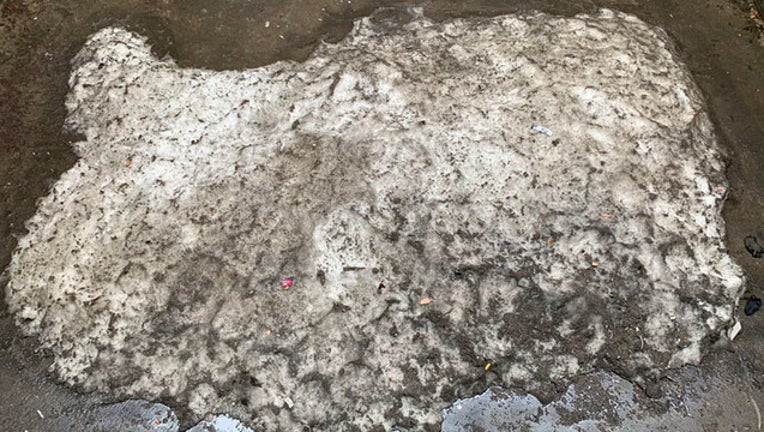 As of June 17, there is still one pile of snow that refuses to melt in a parking garage in downtown Appleton, Wisconsin. (Photo credit: City of Appleton)

APPLETON, Wis. (FOX 9) - It may be mid-June, but a stubborn pile of snow refuses to melt in Appleton, Wisconsin.

The City of Appleton tweeted a photo of the snow pile, found in a parking ramp on North Morrison Street downtown.

The same pile of snow lasted until July 9 last year, the city said.

FOX 11 in Green Bay reported last year that the snow pile sits in the dumping spot for snow that collects on the roof of the parking ramp.