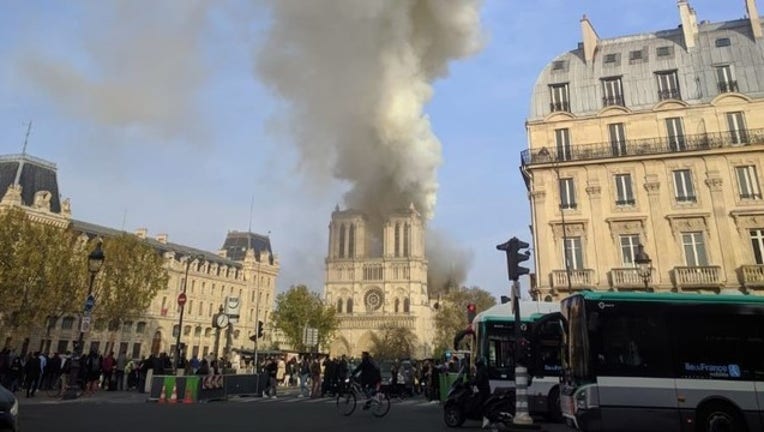 PARIS (AP) - The Paris fire chief said the structure of Notre Dame cathedral has been saved, and the fire is not spreading to northern belfry.

The prosecutors' office said late Monday they have ruled out arson in Monday's fire, including possible terror-related motives for starting the blaze.

*The Associated Press has contributed to this report.