A meteorologist from Mexico was killed on Wednesday as they were stormchasing in southwest Minnesota as strong storms rocked the state.

(FOX 9) - The storm chasing community is mourning the loss of one of their own as they hope a second colleague pulls through.

They were with a group of storm chasers who got into a crash in southwestern Minnesota yesterday.

Headed east on I-90 in Nobles County they stopped to avoid hitting some downed power lines in the road when a tractor-trailer hit their car.

Martha Llanos Rodriguez has since been pronounced dead. She was a meteorologist from Mexico City.

Bradford Barrett was taken to the hospital with life-threatening injuries. He has a doctorate in meteorology and teaches at the U.S. Naval Academy. 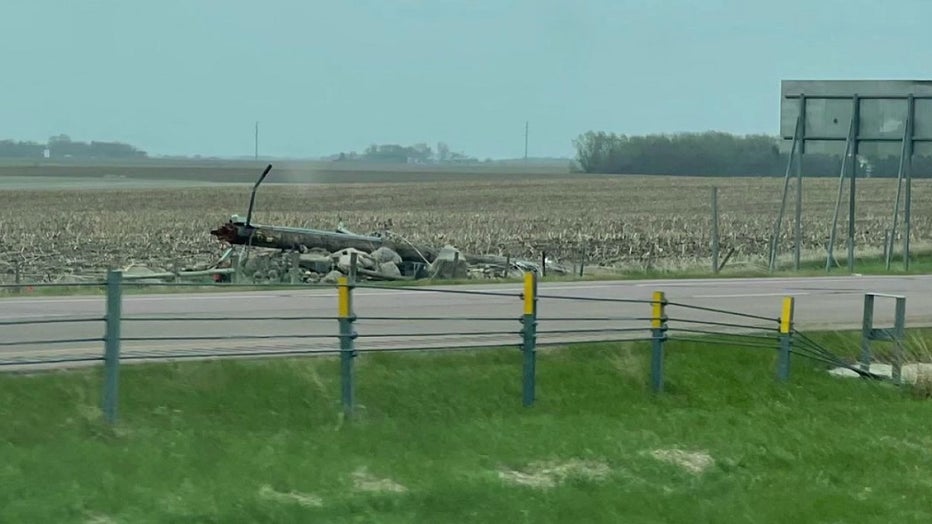 The damage left behind after a stormchaser was killed Wednesday in Nobles County. (FOX 9)

On Thursday the government of Mexico City sent out a tweet wishing peace to her friends and family.

"There's inherent dangers with storm chasing because obviously the weather itself but then also, you know, other drivers and road conditions," Patrick Hyland, a research meterologist and friend of the crash victims told FOX 9. "So even the most experienced person that is out looking at storms can encounter some of these dangers when they're out on the road."

Two other passengers in the car – both from Chile – were not seriously hurt.