(FOX 9) - The Minnesota State Patrol reported 349 crashes and 91 spinouts statewide as extreme cold temperatures and a dusting of snow caused issues on the roads Friday morning.

Thirty-four of the crashes had injuries, but none were fatal according to the State Patrol. 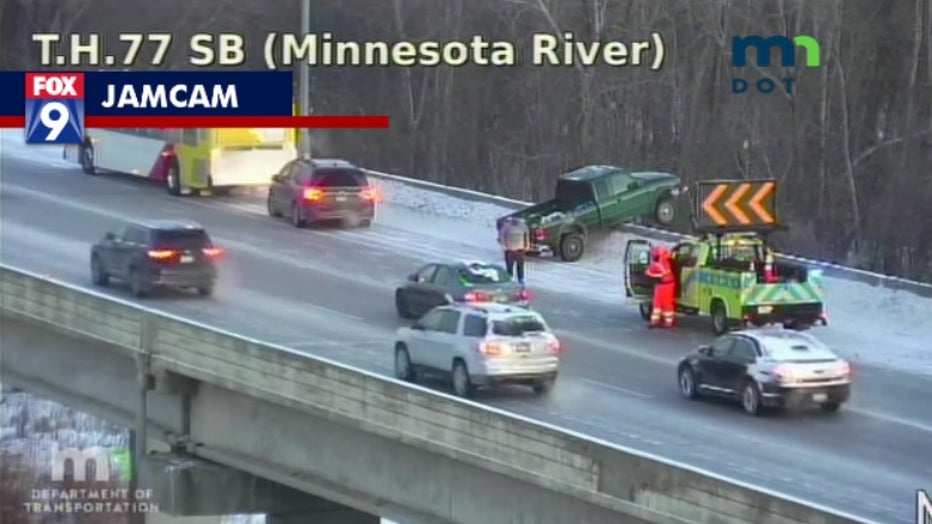 A pickup truck had two wheels over the edge of the Hwy. 77 bridge over the Minnesota River Friday morning after spinning out. (FOX 9)

The 349 crashes reported on Friday was more than those during the similarly slick morning commutes on Monday and Tuesday, which saw 314 and 221 crashes respectively.

Drivers are reminded to slow down, increase following distance and leave plenty of time to get to your destination during winter weather conditions.