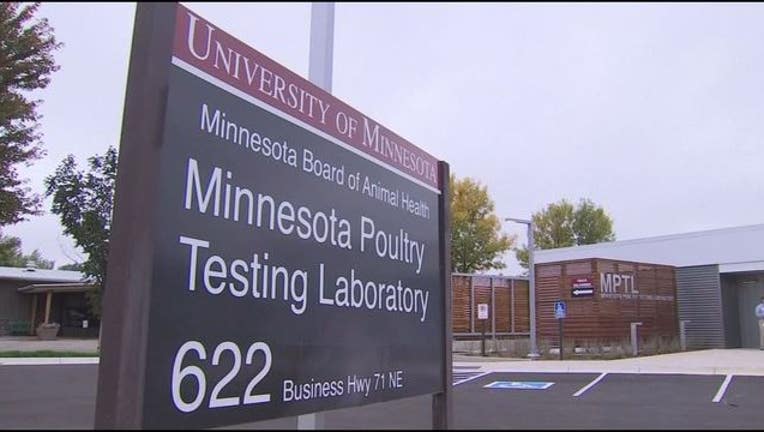 The Minnesota Poultry Testing Laboratory opened Thursday in Willmar, Minn. The facility will track avian flu and other infectious diseases in the state's birds.

MANKATO, Minn. (AP) -- Minnesota is better prepared for a potential bird flu return after a devastating 2015 epidemic, according to poultry producers and experts.

Poultry farmers are waiting as the early spring opens water on lakes and rivers, leading to the migration of wild birds that carry the virus, the Mankato Free Press reported. The bird flu has been detected in two states, including a dangerous pathogenic virus in Tennessee.

"People aren't panicked," said Abby Neu, poultry regional educator for the University of Minnesota Extension. "They're certainly increasing their awareness and surveillance, though."

Neu said the last outbreak taught everyone lessons, including how to closely control vehicles on farms to prevent them from introducing the virus.

She recently demonstrated the best biosecurity practices for producers at the Midwest Poultry Federation Convention in St. Paul. Her tips included how to properly disinfect boots and clothing, and take other precautions to prevent contaminants from entering barns.

"This is a large convention with more than 3,000 people from across the country," Neu said. "Everyone is on the same page. The little guys and the big guys are working together."

Franken said combating the last avian influenza outbreak required $1 billion in federal funding and that the department currently has less than $90 million available for such efforts.
------
Information from: The Free Press