On the original Star Trek series, Nichelle Nichols boldly went where no black woman had gone before - something that legions of fans took note of.

(FOX 9) - Taylor Cisco has been a Star Trek fan for most of his life.

He grew up watching the movies and reruns when his mother would go for treatments for breast cancer and Nichelle Nichols as Lt Uhura became a surrogate mother to him, while he faced the real possibility of losing his own.

"Uhura was sort of my safe space. She was the one who kept me going because she was so strong, so proud," said Cisco, the founder of Twin Cities Trek Trivia, a monthly trivia night at the Driftwood Char Bar in South Minneapolis.

On the original Star Trek series, Nichols boldly went where no black woman had gone before.

Her role as Lt Uhura was one the first regular black characters on primetime TV and she shared an interracial kiss with white co-star William Shatner, which was unheard of at the time.

"There's a phrase representation matters and I think no one embodied that more than Nichelle Nichols."

In fact, when Nichols wasn't sure if she wanted to return to the show for its second season, none other than Dr. Martin Luther King Jr. convinced her to stay.

"He said what you are doing has a lot more weight than just reciting lines and pretend space flight. What you are doing is serving as this guiding star, this beacon, this literal symbol of hope for an entire demographic of people."

Nichols not only changed the face of television, she also changed the space program in real life as well. 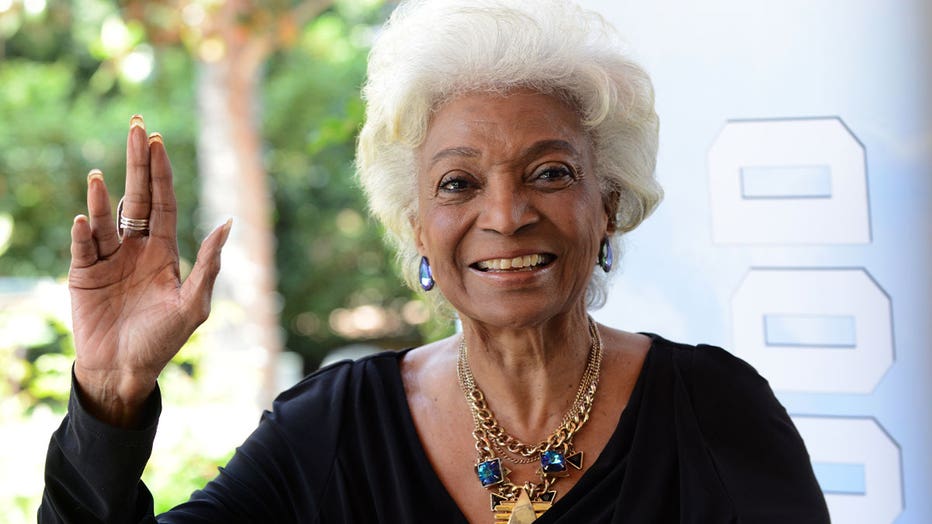 After the show, NASA hired her to recruit more women and people of color to apply to be astronauts.

The next astronaut class included Guy Bluford, the first Black American in space, along with Sally Ride, the first American woman in space.

"For her to deliberately translate that into real world action, that makes her a hero. It's beyond icon status at this point. Beyond legendary."

Cisco told Nichols how much she meant to him during one of her last public appearances at a fan convention in Minneapolis a few years ago.

But he believes her legacy will be her ability to break boundaries, both on earth and in the stars.

"I am just happy to have been able to share the gift that she gave us. I can appreciate Star Trek. I can show it to my kids and that's where she lives on, both on screen and her residual impact on the real world."