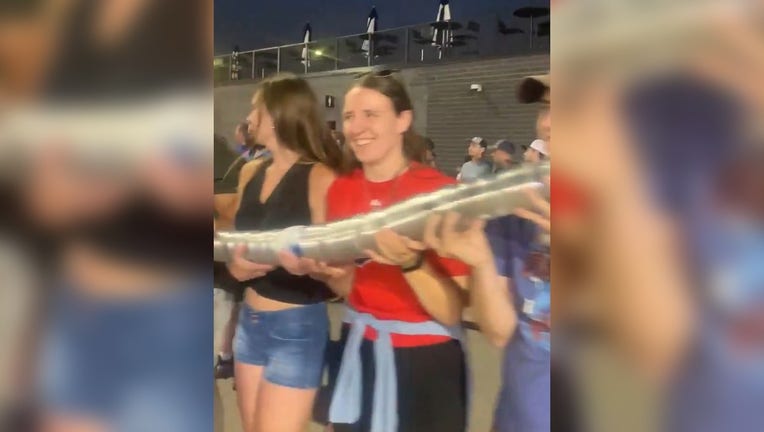 At the game, fans lined up to form the cup snake, by stacking drink cups end-to-end in one continuous piece. It finally measured out to be 102 feet long.

Whether that apparent record will hold is unclear.