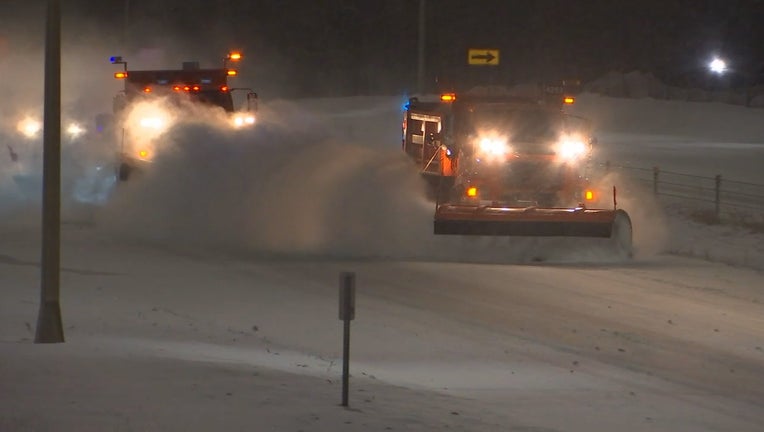 The union, Teamsters  Local 320, represents the snowplow drivers. In a statement, the union said the strike will “affect every Public Works Department in St. Louis County.”

St. Louis County snowplow drivers are now on strike as a winter storm heads through Minnesota.

“I hope we get a ton of snow,” said Brian Aldes, the secretary treasurer of Teamster Local 230. “I hope the employer, the county thinks about that and brings all of us back to the table, start talking about how we’re going to go back to work. We're not going back to the table until the employer is willing to talk about sick leave accrual, sick leave accrual maximum, better severance payouts so they can afford to pay for their retiree medical, and they're prepared to talk about healthcare."

Union members moved forward with the strike after rejecting a deal from the county on Saturday.

“These hardworking employees make a daily commitment to drive into blizzard conditions when most folks avoid inclement weather,” Erik Skoog, Teamsters Local 320 recording secretary and chief negotiator, said in a statement. “These employees spend nights, holidays and weekends clearing roads in dangerous conditions and will not continue to be second-class employees.”

Union drivers are responsible for clearing more than 3,000 miles of roads in St. Louis County.

So, on Wednesday, county supervisors and other licensed plow operators filled in on 35 rigs as the teamsters walked picket lines. They will remain at the plow controls for the foreseeable future.

The union plans to keep lines of communication open with state mediators should the county request additional mediation, but said workers are prepared to remain on strike until the county meets their demands.

As the conflict continues, at least one rural township restaurant owner remains concerned.

“It's not only losing business for a couple days, but it's our employees losing hours because they can't get to work and people losing their paychecks - not only people from here but people in the whole county," said Kate Waggoner, co-owner of Breeze Inn.