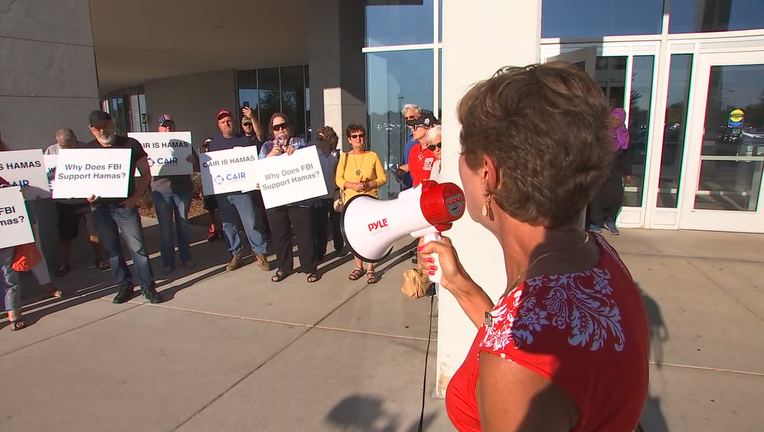 ST. CLOUD, Minn. (FOX 9) - St. Cloud police say there were no direct threats made against the panel or members participating but the Minnesota Department of Human Rights decided to postpone an event addressing hate crimes Wednesday because of safety concerns.

“I am heartbroken by the attempts to silence discussion on hate crimes. The goal of the forum was to discuss the community we want to create. One that is full of dignity and joy,” Commissioner for the Minnesota Department of Human Rights, Rebecca Lucero said.

St. Cloud police say there were no direct threats made against the panel or members participating but the Minnesota Department of Human Rights decided to postpone an event addressing hate crimes Wednesday&nbsp;because of safety concerns.

The panel “Dismantling Hate Crimes Forum” was supposed to include members of the St. Cloud Police Department, FBI, St. Cloud Human Rights Commission and the Council on American-Islamic Relations. The goal of the panel was to talk about hate crime incidents and ways to bring unity to communities.

Commissioner Lucero said the decision was “related to a bunch of safety concerns that were raised by the police,” but didn’t go into further detail.

Even though the event was not held, a group held a protest outside of the building where it was scheduled to be held. The group claims CAIR or the Council on American-Islamic Relations, a group scheduled to speak at the event, has ties to a Palestinian militant organization that is view by the State Department as a terrorist group.

“All of their claims are baseless but they believe in this idea that they can brainwash or mislead the public who really sometimes doesn’t have a lot of information,” Executive Director of CAIR, Jaylani Hussein said.

Hussein came to the St. Cloud Library Wednesday night shortly after the panel was scheduled to get started. In place of the panel he gave a speech to people who still showed up for the event. He said the decision to call off the event for the night is a sign that conversations about unity are important.

“I think the postponement is incredible regretful indication that these types of conversations are critically needed in our society today and here in St. Cloud,” Hussein said.

Hussein said he hopes people to resist fearing one another and instead connect with others. Talking about our differences is something Commissioner Lucero says can help bridge divides.

“I think it’s really important to note that this conversation about hate crimes is incredibly important. There’s an increase in hate crimes in the state and the country,” Commissioner Lucero said.

Wednesday night was also the kickoff to St. Cloud’s 10th annual Pride Week. The organizer of St. Cloud Pride said the panel was not part of Pride Week but the two organizations supported each other’s events.

A full statement from the Minnesota Department of Human Rights on the decision to postpone the “Dismantling Hate Crimes Forum” is here:

The Minnesota Department of Human Rights (MDHR) and the St. Cloud Area Regional Human Rights Commission have postponed the Dismantling Hate Crimes Forum that was scheduled for today in St. Cloud due to safety concerns.

“Hate is not a value in St. Cloud or in any part of our state. Our community deserves better,” said Minnesota Department of Human Rights Commissioner Rebecca Lucero. “I am heartbroken by the attempts to silence discussion on hate crimes. The goal of the forum was to discuss the community we want to create. One that is full of dignity and joy.”

“We remain committed to advancing a community dialogue focused on dismantling hate crimes,” Chair of the Regional Human Rights Commission Eunice Adjei. “While the decision to postpone the forum was unfortunate, we have renewed energy to ensure this community discussion takes place.”

MDHR and the St. Cloud Human Rights Commission is working with community partners, local law enforcement, and the FBI to plan a future forum that is safe.