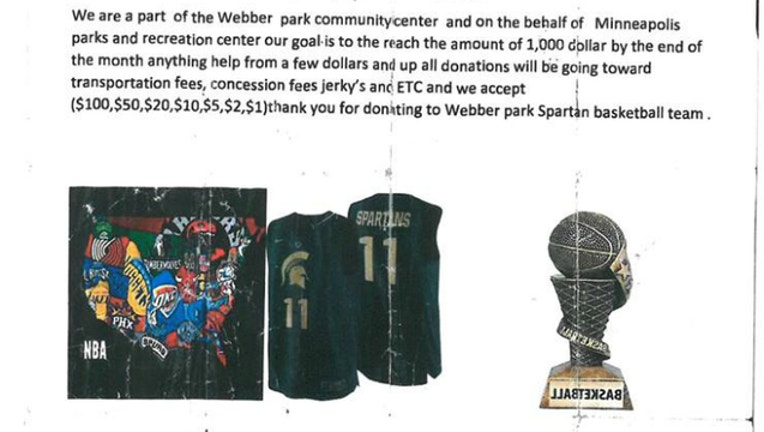 A section of the flyer being handed out by a group of children in St. Paul, cover for several burglaries they've reportedly committed.

ST. PAUL, Minn. (KMSP) - A group of young men is burglarizing several St. Paul neighborhoods by posing as a youth basketball program looking for donations, accepting residents' money if they're home and breaking into houses if they aren't, according to authorities.

The St. Paul Police Department issued a warning on social media Friday about the rash of incidents, telling people to be skeptical of any door-to-door sales pitches.

The children are between 11 and 16 years old and typically go door-to-door around the Macalester-Groveland and Summit-University neighborhoods in the afternoon and evening hours handing out flyers, officials said.

Everyone who lives within the area is urged to lock their doors and watch neighbors' houses when they aren't home. Anyone with information about the group or witnesses to suspicious behavior are urged to call 911.